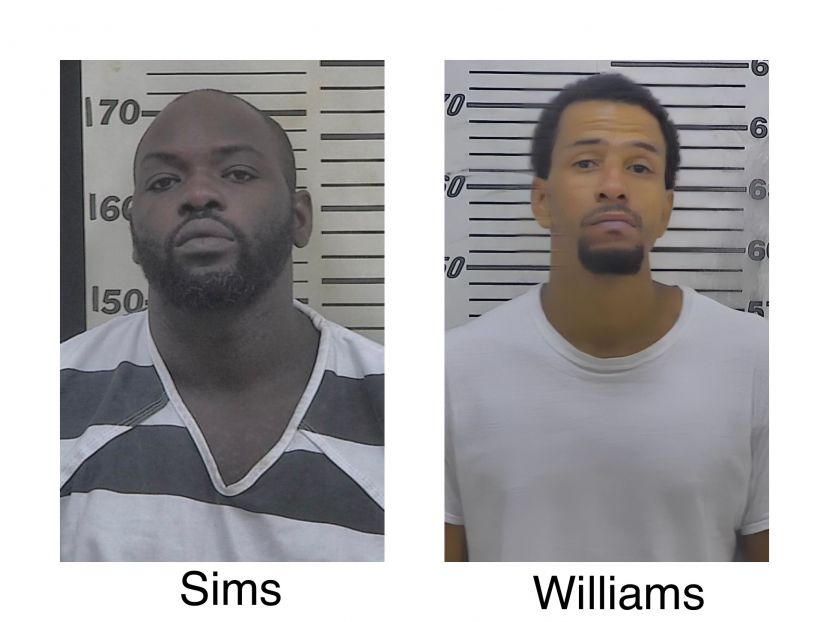 Two men, James Sims Jr. and Joshua Williams, were both arrested by officers with the Douglas Police Department following a shooting incident that allegedly occurred on South Pearl Avenue this weekend. However, due to the lack of known witnesses who were willing to testify, no charges were filed in connection to the alleged shooting.

According to a DPD report, on October 22, an officer was dispatched to South Pearl Avenue and Ross Street around 5:45 p.m. in reference to gunshots. The report states that upon the officer’s arrival, he spoke to residents who reported that a white SUV was seen leaving the area, with an individual inside the vehicle shooting.

One witness reported that he was inside his house when he thought he heard someone knocking on the door. He said he walked outside and saw a male, who he claimed was standing in the yard of a pink house nearby, walking up the road with a handgun. The suspect was described to be wearing a black and gray jogging suit.

The reporting officer and other on-scene law enforcement went to the home and made contact with a male wearing a black and gray jogging suit, who was standing in the front yard. The man, identified as 35-year-old Joshua Williams, told officers that he heard gunshots, which led him to go outside. As the officers were speaking to Williams, his mother pulled up and stated that she had gotten a text message about the shooting.

The woman then told officers that Williams "had a gun pulled on him" recently by James Sims, 34. According to Williams' mother, Sims pulled up and pulled a gun on her son “the other day” because he was "mad that Williams had been breaking in his mother’s house."

The officer stated that he asked Williams if he had been shot, and Williams replied that he "didn’t know what he was talking about." Williams’ mother reportedly told her son to "stop lying" and tell the officers what happened, so they could help him, to which he allegedly responded, "You were not supposed to tell what I talked to you about."

When officers ran Williams’ name through their system, a prior warrant for his arrest came up; as a result, he was arrested and transported to the Coffee County Jail.

At the time, officers had not located Sims, and they issued a BOLO for him. Around midnight, Sims was apprehended and taken to the Coffee County Jail.

Both suspects were charged with prior warrants, with Sims booked on two counts of driving without a license, DUI and other traffic-related charges. Williams’ bench warrants were issued for one count of theft by taking and one count of possession of a firearm by a convicted felon.

Due to no known witnesses that are willing to testify, no charges were filed for the alleged shooting that occurred.

As of Tuesday morning, neither Sims nor Williams had been released from the jail.

More in this category: « CCDU places two behind bars on drug possession charges Two arrested for exploitation and intimidation of a disabled adult or elderly person »
Login to post comments