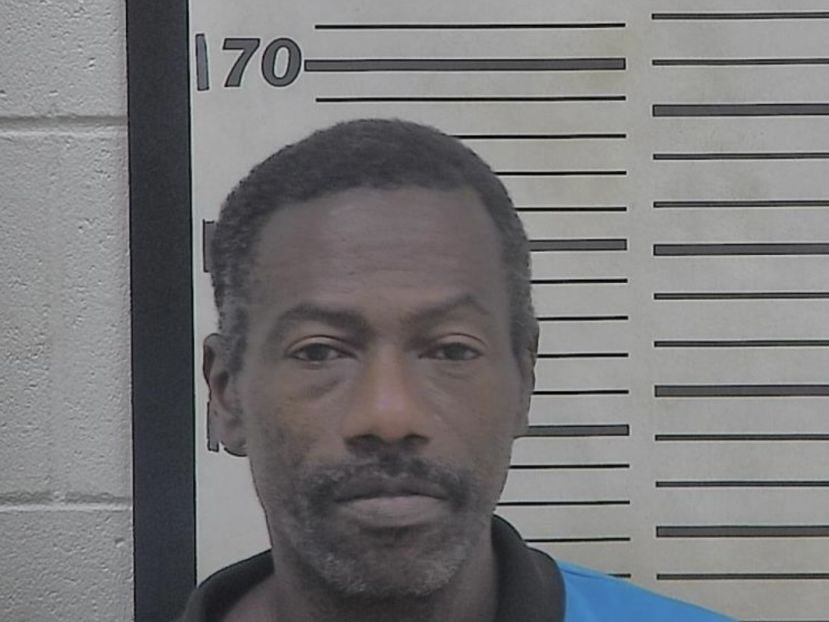 A 53-year-old man is in custody after he allegedly entered a home without permission, then "forcibly" got on top of a woman and tried to kiss her without her consent."

According to a Coffee County Sheriff's Office incident report, a corporal was dispatched to a residence on Sand Street on October 25 around 3:30 a.m. about an assault. Upon arrival, a witness reported that he witnessed an individual, later identified as Tyrone Hamilton of Valdosta, walk into the residence. The witness knew a woman was inside the home alone. The complainant stated that Hamilton was "known to take advantage of females," so he went inside the residence to check on the woman. When he entered the room, he found a woman crying, with Hamilton "leaning on [the victim]." He reported that when Hamilton noticed him, the suspect quickly exited the residence.

The witness said he walked over to the woman to check on her, and she told him that Hamilton had "inappropriately touched her and was trying to kiss her." After he spoke to the victim, he walked outside to find Hamilton and saw him driving away in an older white Dodge Dakota.

According to the report, the officer spoke to the victim, who said she was inside her residence alone, sitting on her bed, when Hamilton walked in without permission. She accused Hamilton of walking over to her bed, "grabbing her butt area," and then beginning to lean on her and try to kiss her. She stated that she attempted to push Hamilton off of her three times, but that he did not do so until the complainant entered the room.

Another witness reported that he was outside close to the home and witnessed Hamilton walk inside and that he was in the home for approximately 5 minutes before he saw him quickly leave the property.

The woman's boyfriend, who is also the homeowner, reported that Hamilton "had no business or permission to be inside his residence." He stated that he was not at home when the incident occurred, but told the complainant to call 911 to report the incident.

A BOLO on Hamilton's vehicle was released by dispatchers, and Hamilton was located at a home on Chester Avenue. The officer stated that he asked Hamilton what happened at the residence on Sand Street, and Hamilton said he "didn't know what had happened."

Hamilton was then placed under arrest "based on the testimonial evidence" that was given by witnesses. He also denied being at the residence, claiming he went to the bait store on the Sand Ridge and went by Sand Street.

After additional evidence and an investigation, Hamilton was charged with one count of burglary for entering the home of another without permission and one count of criminal attempt to commit a felony. The warrant states that Hamilton "knowingly and willingly with the intent to commit rape" by "entering the residence without permission, forcibly getting on top of the female while she was in her bed, groping her buttocks, and forcibly kissing her on the mouth."

Documents filed in the Superior Court of Coffee County show numerous local charges for Hamilton since 1994. The charges include multiple counts of possession of cocaine, burglary, and theft by taking.

The Georgia Department of Corrections website also reported that Hamilton spent time in prison for many of the charges, including a six-year sentence that started in 2014. He was released on January 7, 2020.

According to the Coffee County Jail roster on Thursday morning, Hamilton was still there.