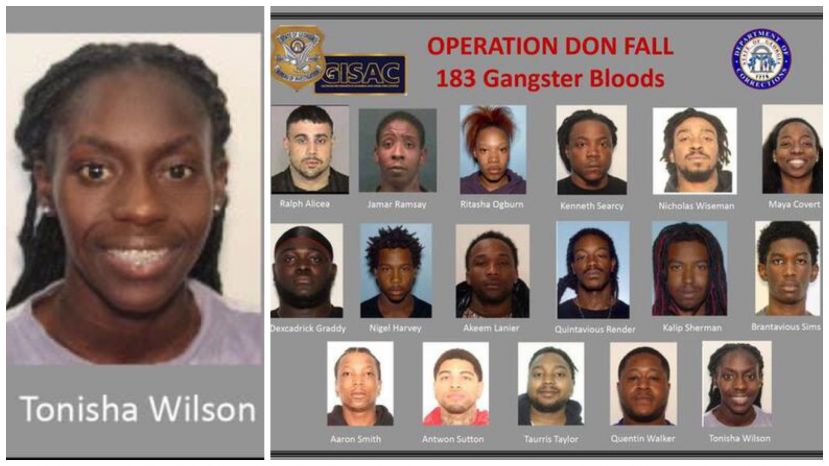 Officials say the suspects are all members of the 1-8 Trey Bloods, a Bronx-based offshoot of the 183 Gangster Bloods. The Attorney General's Gang Prosecution Unit presented evidence to a Barrow County grand jury last week.

All of the suspects are charged with conspiracy to Violate the Racketeer Influenced and Corrupt Organizations Act (RICO). Prosecutors say the charges stem from incidents between January 2019 and October 2022.

Not all of the defendants face those charges.

The indictment also names two men who are currently incarcerated. Ralph Alicea, a 49-year-old also known as MK, is an alleged national leader of the 183 Gangster Bloods. He is currently in the Attica State Prison in New York. Jamar Ramsey, a 39-year-old also known as Supreme, is an alleged statewide leader of the gang. He is currently serving a life sentence for a 2006 Cobb County murder. He is being held at the Hays State Prison.

The indictment alleges that both men directed other defendants to commit crimes while they were behind bars.

The 15 other defendants include:

In addition to the RICO charges, four of the defendants face more charges. Sims is facing charges of murder, two counts of felony murder, five counts of violation of the Street Gang Terrorism and Prevention Act, aggravated assault with a deadly weapon, purchase of marijuana and possession of a firearm during the commission of a felony.

Harvey is facing four counts of violation of the Street Gang Terrorism and Prevention Act, sale of marijuana, having illegal substances within 1,000 feet of a housing project, two counts of counterfeit substances and sale of cocaine.

Ramsey and Wiseman are each facing five counts of violation of the Street Gang Terrorism and Prevention Act.

Wilson is a 2011 Coffee High School graduate. A standout for the Lady Trojans basketball team while in high school, she also played at Fort Valley State.

More in this category: « DPD charges one for allegedly assaulting girlfriend Jeff Davis County officers round up suspects on variety of charges »
Login to post comments