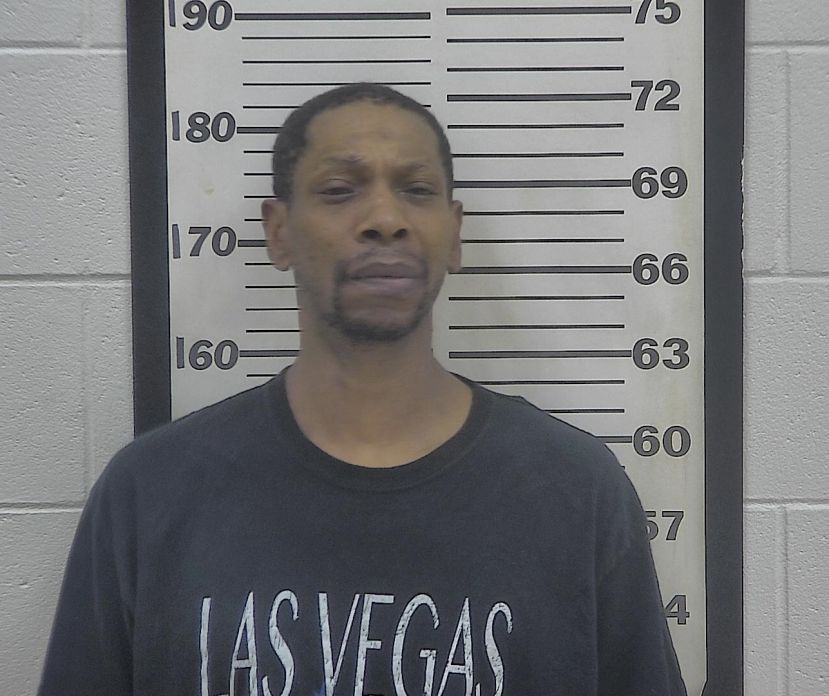 Shon Knighton, 47, was arrested this week after he allegedly attempted to walk into an 82-year-old woman's home with a gun.

According to a Coffee County Sheriff's Office incident report, on November 8, a deputy was dispatched to a residence on Highway 221 North about a man attempting to break into the home.

The deputy spoke to the homeowner, an 82-year-old woman from Douglas who reported that she heard a noise that "sounded like a car crash at her front door." She stated that after hearing the noise, it sounded as if someone was attempting to come inside the front door.

The victim reported that she called her neighbor to come check everything out and make sure no one was on her property. The neighbor walked across the road to her home but did not see anyone. However, the neighbor's wife stated that she possibly saw someone walking away from the house.

According to the report, the victim had a home surveillance camera set up on the property. The footage reportedly showed a man walking up to the front door, carrying a gun in his right hand, and knocking on the door. He then attempted to open the front door and look through the peephole. The deputy reported that the suspect concealed the gun, waited by the door for a few more seconds, and then left the residence.

The victim identified the suspect as Shon Knighton and said she had "been having complaints and problems with him at her mobile home park at Second Avenue South." She told the deputy that she had made Knighton leave the mobile home park earlier that day.

After reviewing evidence, the deputy determined Knighton was the suspect.

Knighton was taken into custody the following day on charges of terroristic threats and acts, criminal trespass, and possession of a firearm or knife during the commission of a crime. He was also wanted on bench warrants for fleeing or attempting to elude a police officer, driving with a suspended license, and three other traffic citations.

As of Friday morning, Knighton had not been released on bond and was being held in the Coffee County Jail.