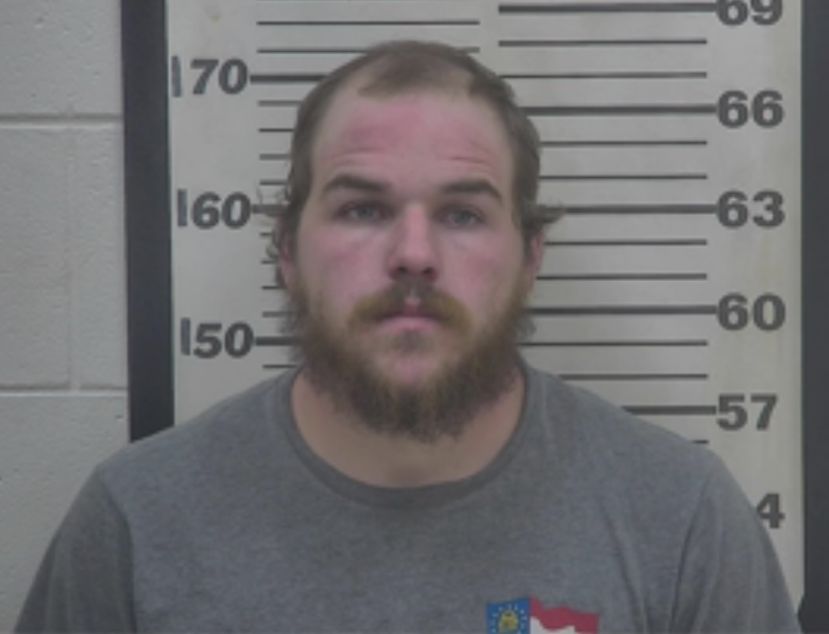 A man who allegedly assaulted a female with her 12-year-old child in the home is now facing more than 20 years in prison if convicted.

A copy of a report from the Coffee County Sheriff's Office states that the incident leading to the charges against 22-year-old Bradley Camden Spikes occurred on December 2 around 1:30 a.m. A CCSO sergeant was dispatched to the scene, a residence on Timber Trail, and spoke to a Nicholls Police Department officer upon arrival.

The sergeant was informed that the officer was looking for the suspect outside, who they both located in the front yard standing by a vehicle. The officer told the sergeant the victim had visible marks on her neck.

According to the report, the victim reported that she got into a verbal dispute with Spikes and that her child heard the argument and went to his grandmother's home to tell her. The grandmother then contacted 911 to report the incident.

The sergeant stated that he observed the marks on the victim's neck, and asked her how she received them. She reported that Spikes had grabbed her neck, which caused her to "not breathe" or "have trouble breathing."

The victim stated that she pulled away from Spikes, which caused the marks on her neck.

The complainant said that the victim's son woke her up at her home and told her that Spikes had put his hands on her mother.

According to the report, the sergeant also spoke to the child, who stated that he heard the verbal argument between Spikes and his mother, heard his mother crying, and stated that "her throat and neck were burning."

Spikes was transported to the Coffee County Jail and booked on charges of aggravated assault and cruelty to children in the third degree. He has since been denied bond and remains in custody.