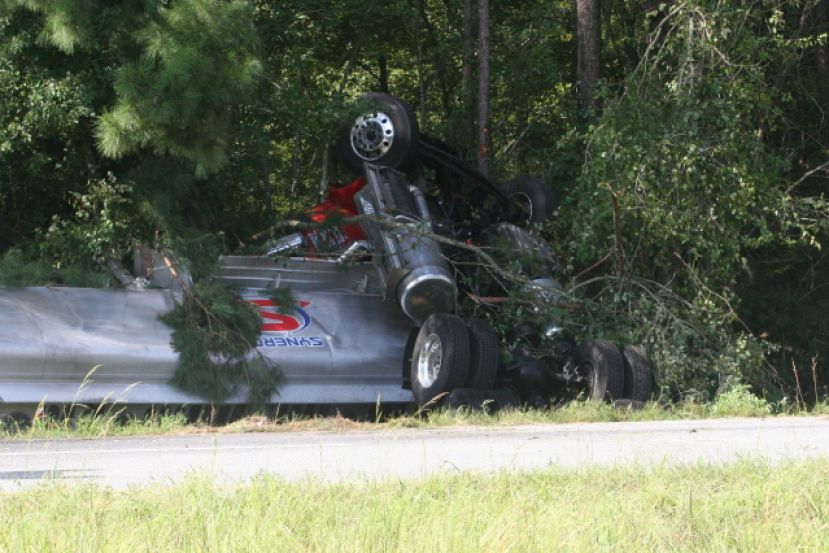 Robert Preston, Jr./DouglasNow.com An early morning accident near Willacoochee claimed the life of the driver of this 18-wheeler.

A deadly crash involving an 18-wheeler hauling gas and a pick-up truck occurred early this morning on the outskirts of Willacoochee on Highway 82. The accident killed the driver of the big truck while the pick-up driver was reportedly unhurt. WALB has reported that the truck driver has been identified as Timothy Teemer, 47, of Albany. The driver of the pick-up was James Gaskins, 73, of Willacoochee.

Hours after the accident took place, the tanker truck was still in the woods just off the eastbound side of the roadway. The truck was in a stand of trees facing west. The Coffee County hazmat team was on the scene assisting with the clean-up, as were DOT crews and law enforcement officers from surrounding areas. The Georgia State Patrol was investigating the accident.

More in this category: « BOE rolls back millage Late night car chase leads to one arrest »
Login to post comments