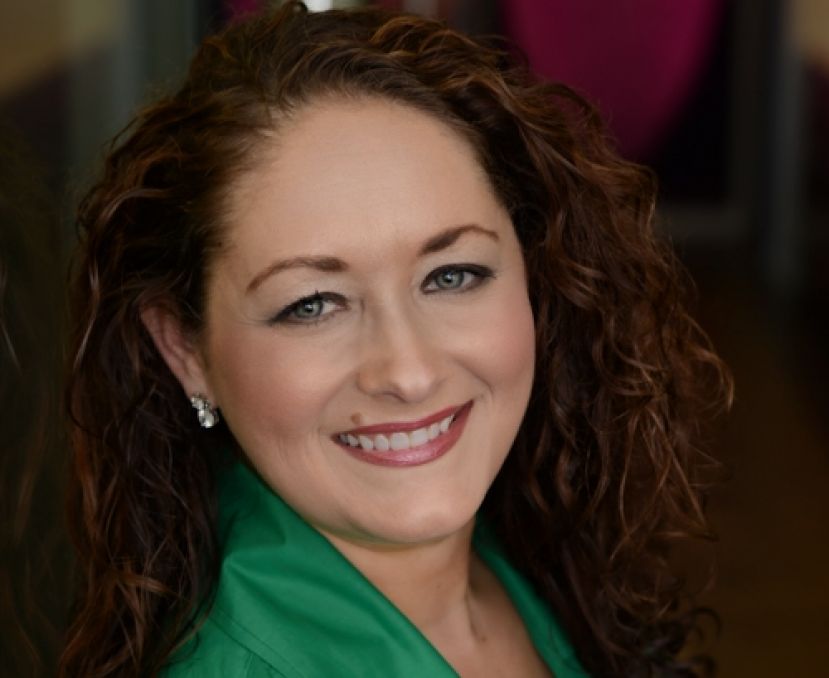 After JoAnne Lewis announced her retirement from the Douglas-Coffee County Chamber of Commerce and Economic Development Authority in early October, Andrea Taylor was installed as the new executive director as of November 1.  Taylor served under Lewis for five years, first as entrepreneur and small business development director then as vice-president.

After finishing her degree, she stayed on as a full-time professor of art history, lecturing in the classroom and directing study abroad programs for students to Italy during the summers before moving home to Coffee County in 2008.

“I always knew that I would come back home to raise my children,” says Taylor.  “That became a reality once I had my first child in 2008.  I was raised around lots of family and my grandparents, Huey and Willie Grace Fussell, who were so influential on my life.  In the same way, I wanted my children to be close grandparents, aunts, uncles and cousins.”

After returning to Coffee County, Taylor continued to work for The University of Alabama teaching online courses in art history, as well as working working as a staff writer for The Douglas Enterprise for two years before taking a job with the Chamber in 2010.

“I became very passionate about economic development and job growth during the community’s struggle to get Pilgrim’s back,” said Taylor.  “While working at the newspaper, I attended Chamber and EDA meetings and saw how our local leaders fought so hard for the poultry industry.  I gained a new respect for our community and its leaders during that process.  What we do as economic developers means so much because for every job created in our community, whether it be in small business or industry, it means that more people have paychecks to support their family.  For me, it means that more people who love Coffee County have a chance to stay here or come home because of job opportunities.”

Taylor says she hopes to continue the great tradition of leadership established in Douglas-Coffee County.

“Our county has been so blessed to have wonderful leaders who love the community and want to see it grow and prosper.  We are the envy of many rural communities around our state because our leadership has always been progressive and forward-thinking.”

Taylor is currently serving as the Rural Development Shared Interest Group Chairman for the Georgia Economic Developers Association and will again serve on the Board in 2016 as Membership Committee Chairperson.

Andrea is the daughter of Carlton and Rose Dorminey of Ambrose and Mari Angela Fussell of Douglas.  She is married to Lee Taylor and they have two children, Grayson and Whitley.