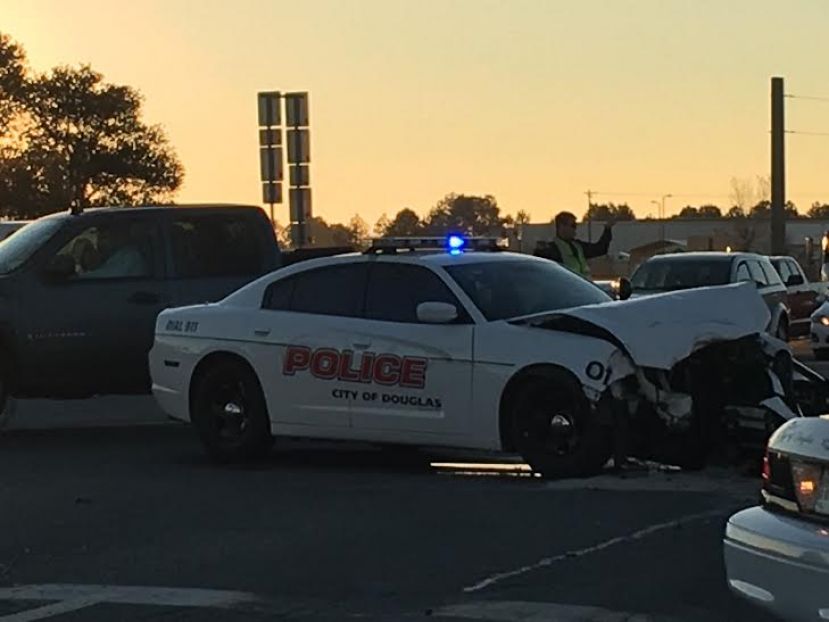 A Douglas police officer was involved in a three-car crash late this afternoon at the intersection of U.S. Highway 441 South and Perimeter Road. The name of the officer has not been released.

The driver who turned in front of the police car was transported from the scene via ambulance. Neither the officer nor the driver of the third vehicle were injured.

More in this category: « City expands use of "See Something, Say Something" campaign Local leaders attend Okefenokee Occasion in Atlanta »
Login to post comments