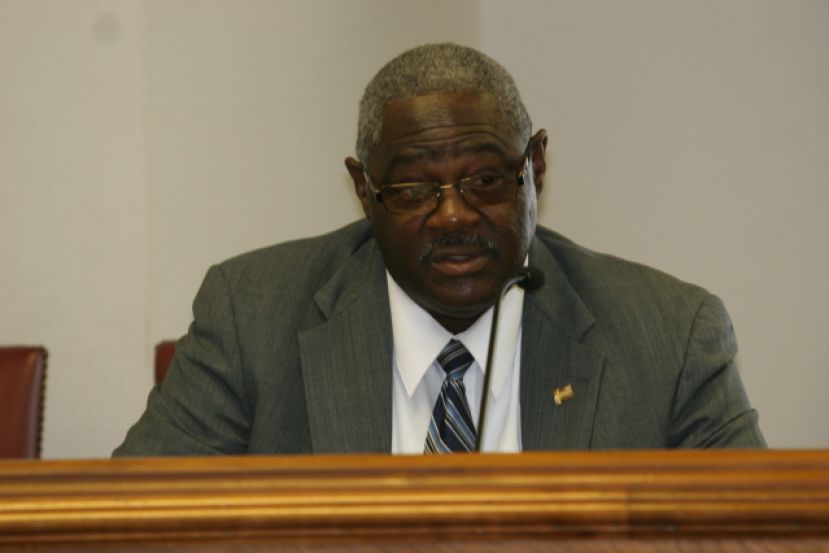 At Tuesday’s county commission meeting, commissioners approved a text amendment changing the protocol for subdivision development, allowing for public transportation into and out of gated communities, among other changes. Another amendment permitting private cemeteries to be built on county property was also approved. This amends a law prohibiting the establishment of private cemeteries, for humans or pets, but with several stipulations, including that there must be at least an acre of land to accommodate the cemetery, and it must be fenced off and at a safe distance from any roads or bodies of water.

The commission approved Commissioner Oscar Paulk’s nomination to the South Georgia Regional Commission Board, as well as Chairman Johnny Wayne Jowers’s nomination of Brandon Brigmond to fill a vacancy on the Tax Assessor’s Board.

A resolution which would set election qualification fees for 2016 was presented to the commission, and County Attorney Tony Rowell explained that the fees are based on the income of each respective office and comply with state law. The resolution, which had been reviewed at the work session prior to the meeting, was approved by the commissioners.

Zoning map amendments were made after a land development ad had run in a local paper, as per protocol, and had prompted responses from the public. Because of this, the map is to be re-evaluated. A public hearing was held Tuesday to address the zoning map amendments. No comments or questions from the public were heard. After the newly amended map is advertised in the local paper, a second public hearing will be held in two weeks at the county commission meeting.

A bid for the pavement of Amber Hills and 12 Oaks streets was approved. This project is part of a CDBG project for the improvement of the Oak Park community. East Coast Asphalt’s bid of $818,835.94 was approved as the lowest bid. Because the CDBG project has consumed so much time and resources, this paving project was over budget by about $100,000. However, a change order from East Coast Asphalt reduced the estimate by $57,000.44 to $761,835.50.