Coffee County School Board Chairman Adam Lott and Vice Chairman Jessie Jowers took their newly appointed seats at the regular school board meeting on Thursday. Chairman Adam Lott replaced Judi Worrell who had served as chairman for the 2015 year. Superintendent Dr. Morris Leis and the members of the School Board and visitors applauded Worrell for her dedication and hard work for the year of 2015.

School Board Member Ronnie Johnson also spoke briefly about his stance on the position of School Board Chairman. “I didn’t want to be chairman, or vice chairman. I just want to be part of the team.” Johnson had been offered the position of chairman, and has been in the past, but wants to focus on helping the students and citizens of Coffee County in his current position. Dr. Morris Leis went on to commend the School Board, saying “We really have a fantastic board here… and I appreciate everything that you do.”

All eight elementary schools in the Coffee County School System received an important gift of support from President and CEO of Satilla REMC Romeo Reyes. Mr. Reyes presented eight checks of $1,000 each to representatives of each school. The funds come from a grant formed by Satilla REMC, named Supplemental Media and Resource Technology, or SMART grant program. The funds will go toward media and technology-related expenses for the schools.

Two students were recognized by the Coffee County School Board for their achievements in a state championship for floral design. Abbi Vaughn became state runner-up for the Junior Floral Design Career Development Event. Kara Vaughn became state champion for the Senior Floral Design Career Development Event. The Career Development Event is an exercise simulating a scenario where the competitors are working in or own a floral shop. Career, Technical and Agricultural Education director Brad Riner explained, “The student has to take flowers and supplies they are given and create two designs from scratch, in only 30 minutes each.” Both Kara and Abbi were required to create floral arrangements in that time limit, however Kara was also required to identify 25 plants from a list of 100 and take an industry-related test as part of her competition.

Mr. Riner also thanked Randy Wooten of Delorice's Florist for his assistance in helping Kara and Abbi succeed by allowing them to practice at his place of business. Kara, Abbi along with their agriculture teachers Joshua Rogers and Courtney Branch respectively are to be recognized at the 88th annual State FFA Convention in April.

Students, parents, faculty and staff from Indian Creek Elementary School that participated in a video contest directed by the Georgia Department of Education were awarded the Superintendant’s Award. November was Parent Engagement month, and students and parents within the school system of Georgia were encouraged to enter a Parent Engagement Video Contest. The video submission from Indian Creek Elementary, featuring an educational-themed cover of Taylor Swift’s “Shake it Off,” was selected as the winner. The video will be presented in February at a Georgia Family Engagement Conference in Athens.

A video chronicling the life of Malik Sparkman that was produced by NFL films and had aired on national television in December was viewed by the School Board. The short film depicted the impact that Sparkman left on the entire community, and how he brought the people of Coffee County together in a way that no one person ever had before. Through tearful reminiscing and triumphant victories, Malik Sparkman’s spirit remained in the hearts and minds of the people of Coffee County and those who were interviewed in the video.

Viewing the video was an emotional experience for some and Superintendent Dr. Morris Leis called for a short recess for board and audience members to compose themselves. “We’re all Coffee Trojans, we’re all one team,” Dr. Leis explained. “I just felt like it was important to share that with everybody. [This] becomes part Coffee County and part of our heritage as a school system.” 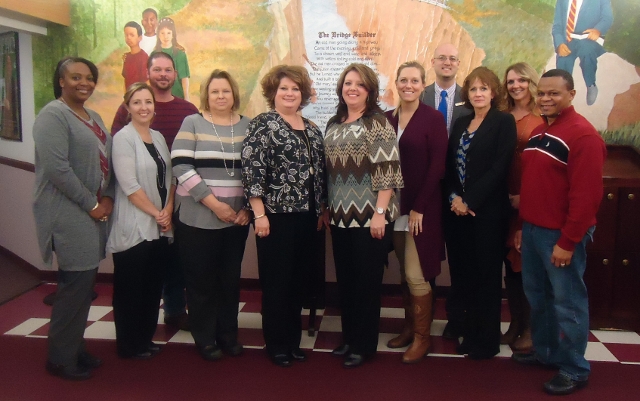 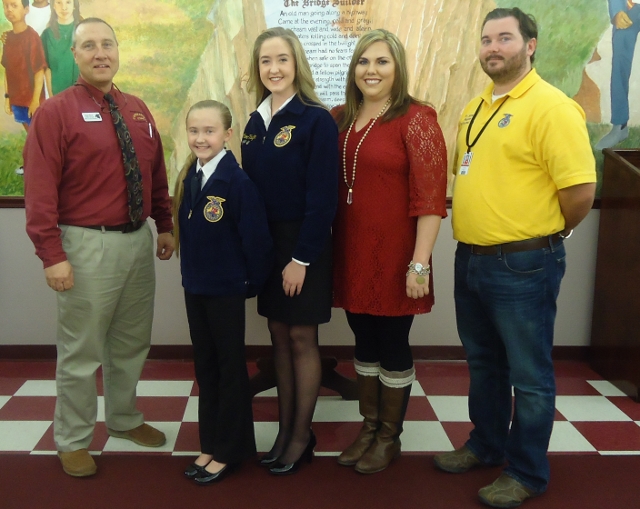 More in this category: « Want a cemetery on your property? Now you can have one Search for wanted probationer leads to meth arrest »
Login to post comments