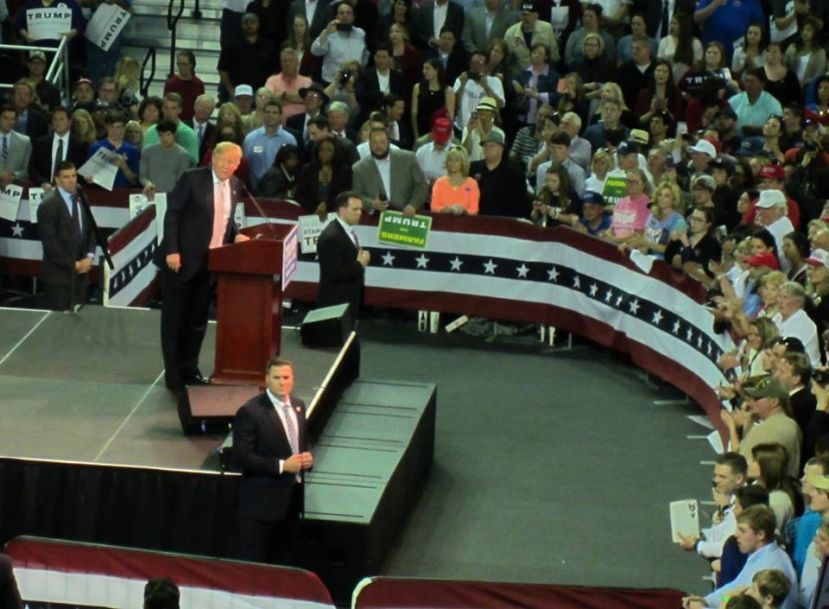 A near-record turnout in Coffee County helped propel Republican presidential front-runner Donald Trump to a resounding victory locally. Trump defeated Ted Cruz, who finished second in Coffee County on the Republican ballot, by 1,593 votes. Trump garnered 2,469 votes to Cruz’s 876. Marco Rubio came in third with 580 and Dr. Ben Carson was next with 410 votes.

On the Democratic side, Hillary Clinton won easily, defeating Bernie Sanders 1,094 to 309. Martin O’Malley finished third with 10 votes while Michael Steinberg was fourth with eight ballots cast in his favor.

The biggest story of the night, however, was voter turnout. Four years ago in the presidential primary, about 2,700 voters went to the polls. In this year’s primary, 5,946 voters cast ballots. That’s a turnout of just over 35 percent – an unprecedented level of interest for a primary election.

National media outlets are projecting Trump and Clinton as the big winners in the Super Tuesday primary elections, though both Ted Cruz (Texas, Oklahoma) and Bernie Sanders (Vermont, Oklahoma) are projected to win a couple of states themselves.