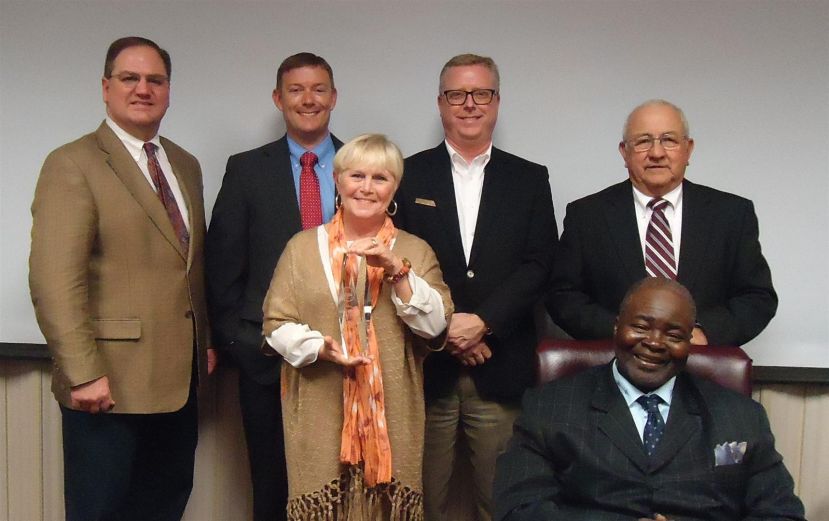 At last Thursday’s regular board of education meeting, the school board voted 3-2 to reduce the 2016-2017 school year by one day to give system employees and students Nov. 11 – Veterans Day – off. The school year will be 179 days instead of 180. As a result, the day off will cost taxpayers an estimated $200,000.

After spending several minutes discussing the importance of keeping students in the classroom as many days as possible, board members engaged in a lengthy, and at times tense, discussion regarding Veterans Day. Board members Judi Worrell and Ronnie Johnson asked that the system observe Veterans Day by making it a holiday and giving everyone the day off. Dr. Morris Leis, school superintendent, stated that the system observed Veterans Day with lengthy programs in the schools that honor the veterans of the community. “There were 100 to 150 veterans at Coffee High School for this year’s program. They eat lunch with the students and everyone enjoys the program,” he stated.

Worrell replied that the schools can still have Veterans Day programs and have a day off. Johnson agreed. “We can keep the programs as is but we can still give a day off for the veterans,” he said. Johnson then made a motion for a system-wide holiday on Monday, Nov. 14, 2016, in observance of Veterans Day – even though Veterans Day is Friday, Nov. 11, 2016.

After Johnson’s motion, more discussion followed. Board member Bryan Preston stated that he felt as though a better way to honor veterans is to show students in the system the sacrifices veterans have made through programs and lessons in school. “If we’re going to honor veterans, let’s honor veterans. Let them have a program so our students can see what veterans have done for our country. But having another day out of school, another day at the beach or at the mall – what about parents who have to make arrangements for daycare or pay babysitters because their jobs won’t let them off work?” he said.

Worrell answered, stating that only a portion of the students in a given school attend Veterans Day programs. “If you have a program, every student should hear it. Even if you have programs on multiple days,” she said. Worrell went one step further and said that “this community has not been veteran-friendly.” At that, Dr. Leis sat up and immediately disagreed with Worrell’s statement. “I disagree with you,” he said emphatically. “I’ve seen a lot of programs and I’ve seen a lot of faculty, staff, and students at the programs. It’s unfair to say that we haven’t been good to our veterans.”

“One more day out of school won’t hurt us. It’s for a great cause,” said Johnson.

Board members voted on Johnson’s motion, which failed to pass. Johnson and Jesse Jowers voted in favor of the motion. Preston and board chairman Adam Lott voted against it. Worrell abstained because Johnson’s motion called for the holiday to be taken on Monday, Nov. 14. After that motion failed, Preston made a motion to take off Friday, Nov. 11, 2016, for Veterans Day. When the board voted on the motion, it passed 3-2. Worrell, Johnson, and Jowers voted for the holiday while Preston and Lott voted in the negative.

An interesting footnote to the holiday is the cost taxpayers will incur as a result. The holiday is paid for all employees because the board didn’t reduce the number of contracted days to 179. The taxpayers of Coffee County will also take a hit; they will pay employees an estimated $200,000 system-wide to take off Nov. 11.