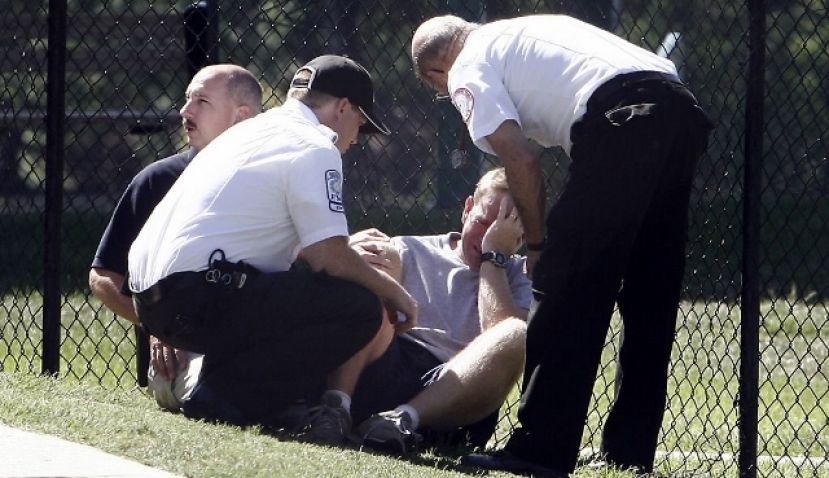 Photo courtesy of Nick Danna/Special to DouglasNow.com Douglas police officer Jerome Perkins and EMTs attend to Jon Worrell on Sept. 20, 2006, outside of Jon's Sports Park in Douglas. Moments before, Worrell made a 911 call after discovering his wife, Doris Worrell, shot to death inside the park. No one has been prosecuted in the case. However, investigators did have a primary suspect they were pursuing. A decade later, justice has yet to be served.

MD Electric-for all your well and irrigation needs.

Sept. 20, 2006. It’s a day I will never forget. It has become one of the most significant days of my life. That morning, in broad daylight, inside Jon’s Sports Park, a children’s amusement park in Douglas, someone shot and killed Doris Worrell, a young mother of three, in cold blood. Her husband Jon found her body shortly after 11 a.m. and made the 911 call. Paola Yarberry, an 18-year-old immigrant from Venezuela who lived with the Worrells and worked at the facility, was inside at the time of the shooting. There were video cameras in the park; however, the shooting took place in an area absent of surveillance coverage. Yarberry was seen on video in another section of the park at the time the shooting took place.

I was a member of the media full-time back then. We covered the shooting, just as we would any such murder. But this wasn’t any murder. It’s easy to get de-sensitized to killings, robberies, and other crimes when you’re a reporter. It’s a part of your everyday routine. But I knew Doris, Jon, and the entire Worrell family well. Jon and Doris had kids the age of mine. I considered them both good friends.

And I am convinced that I was one of the last people to see Doris Worrell alive.

The Worrells’ youngest child attended the same preschool as my older son. I would often see Doris and Paola Yarberry as I dropped my son off at school. The morning of the shooting, I crossed the overpass on the bypass. As I turned right on Ward Street at the bottom of the hill, I saw the two of them sitting at the red light turning left, on their way to the sports park. It was shortly before 9 a.m.

I remember seeing them well. Doris, who had been driving a red Ford Expedition, had turned in the Expedition and hadn’t gotten a new vehicle yet. She was driving her in-laws’ conversion van. Seeing two young women in an old-school van like that was almost a comical sight. As I turned right, I waved at them both and headed to the school.

Three hours later, I was standing on the road in front of the park, watching police and GBI investigate Doris Worrell’s murder. As I stood there on the road, I had a strange sense of foreboding. I somehow knew this case would change a lot of things for me – more so than any other story I had ever covered.

A decade later, I was more right than I ever thought.

So, 10 years after the shooting, where are we? No one has ever been charged with the murder. There has never been a trial. There have, however, been two arrests that went nowhere. But that doesn’t mean matters surrounding the case have been quiet. In fact, quite a bit has happened since that tragic day in 2006. 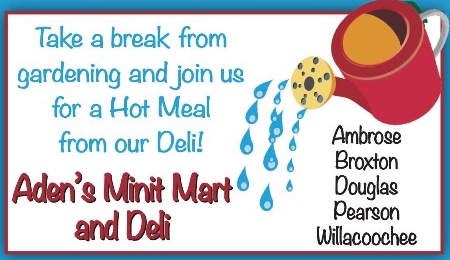 The investigation itself took a winding, circuitous route before landing squarely on one individual – at least according to documents obtained through an open records request in 2007. In the early stages of the investigation, law enforcement thought the murder could have been a gang retaliation for Jon Worrell’s attempts to keep suspected gang members out of the park on weekends. That angle produced no leads.

There was always a lot of talk about what may or may not have happened. After Doris’s death, rumors began circulating about possible trouble in the Worrells’ marriage. They appeared to be the perfect couple. That may not have been the case after all. But were their alleged troubles enough to end in murder?

Another central figure in the case was Paola Yarberry herself. While it was obvious she didn’t pull the trigger – she was seen on video at the time of the shooting – many people believed that she knew a lot more than she was saying. As it turned out, that would be very true.

Yarberry was a native of Venezuela and was actually in the United States illegally. The Worrells had taken her in, and she was basically a live-in nanny. She helped with the kids and worked at the park. As they all grew closer, the Worrells gave serious consideration to the adoption of Yarberry. At the time of the murder, they were going through a lengthy process to help her become a legal resident and citizen.

All that came to a screeching halt on May 2, 2007, when Immigration and Customs Enforcement agents arrested Yarberry at a restaurant in Douglas. She was taken to Alabama where she was held for nearly a year. Yarberry’s arrest was, in a large part, an attempt to get her to tell what she knew about Doris Worrell’s murder. In documents obtained through an open records request and dated May 2, 2007, then-Waycross Judicial Circuit District Attorney Rick Currie dropped two bombshells.

Currie signed a letter he sent to an unnamed subject in Atlanta asking that Yarberry not be released from ICE custody. There, buried in a stack of papers related to Yarberry’s immigration hearings, are three shocking sentences: “As District Attorney of the Waycross Judicial Circuit, I have responsibility over murder prosecutions in Coffee County. In addition to her admission that she is withholding information crucial to a murder investigation, we have credible information that Paola Yarberry and Jon Worrell, the main suspect in the murder of his wife, are planning to relocate soon from Douglas, Georgia, to Montana. As such, I respectfully oppose bond being set for Paola Yarberry until completion of the criminal investigation or deportation of Paola Yarberry.”

To date, neither Yarberry nor Worrell have been charged in the murder of Doris Worrell. I called Mark Pro, the special agent in charge of the Douglas GBI office, on Wednesday, Sept. 14, 2016, and asked him about these very statements – specifically, if the focus of the investigation had changed since 2007. “I can’t comment on that,” said Agent Pro. “You have you what you have, and I can’t comment on an ongoing investigation.”

ICE never released Yarberry; the agency deported her in early 2008 to Venezuela. During Yarberry’s immigration proceedings, Jon Worrell moved to Fernandina Beach, Fla., with his children. In March of 2008, two former sports park employees, Glidden Rodriguez and Brandon Cage, were arrested in connection with the murder. They were held in custody for several months before being released with all charges dropped.

In 2008, Jon Worrell and his children moved to Costa Rica. Interestingly, so did Paola Yarberry. Today, Worrell and Yarberry live together in that country, where they operate several businesses.

Costa Rica has no extradition treaty with the United States.

Where does that leave the investigation? As Agent Pro said, it remains an open and ongoing case. New leads come in regularly, but none have led to an arrest, much less a conviction. I am asked fairly regularly what I think happened that morning. I have an idea, but I wrestle with who I believe actually pulled the trigger. I also wrestle with the fact that, 10 years later, justice has not been served.

Doris Worrell was a kind, gentle soul – someone who loved unconditionally, put others before self, and possessed a warm and forgiving spirit. She did not deserve to have her life cut short – much less in the manner in which it was. I believe she cries out for justice. I hope the killer(s) have not had a moment’s rest since he or she pulled that trigger on Sept. 20, 2006. I hope the image of what he or she did is an ever-present fixture in his or her psyche, something that he or she will never, ever will outrun.

I also hope that someone with information regarding this case comes forward and provides law enforcement with a concrete lead, the kind of lead that results in a conviction. That’s what I want. It’s what Doris’s family and friends want. And it’s what Doris Worrell demands.