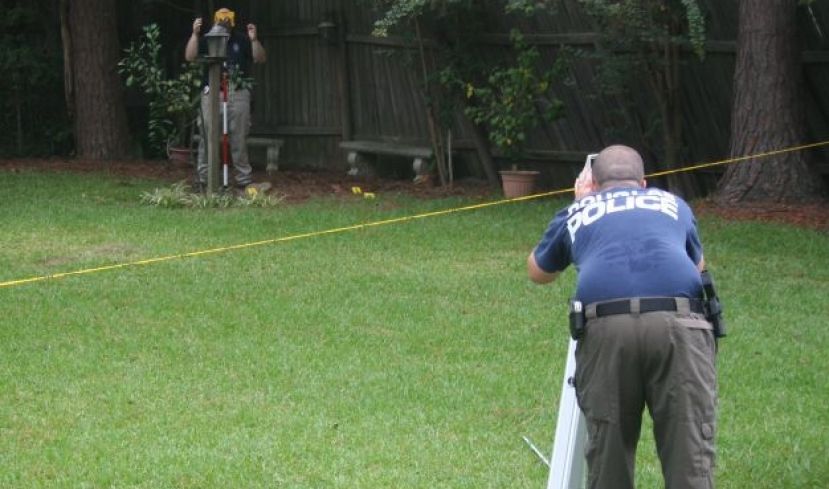 Robert Preston, Jr./DouglasNow.com Two Douglas police officers process the scene of a shooting this afternoon on North College Avenue. According to sources, Lea Merritt of Douglas was shot dead today in the backyard of the residence. Her brother, Caleb Barrett, is being questioned in connection with the shooting.

Another day, another shooting death in Douglas.

This afternoon, officers from the Douglas Police Department responded to a call at a North College Avenue address. There they found Lea Merritt of Douglas dead from a gunshot wound. According to multiple sources, the investigation led officers to Merritt’s brother, Caleb Barrett.

Sources report that Barrett allegedly shot Merritt, possibly as a result of some type of family dispute, in the backyard of the residence.

Officers took Barrett in for questioning this afternoon. Late today, two other officers remained at the residence processing the scene. Thus far, the police department hasn’t issued an official statement and this is a developing story.