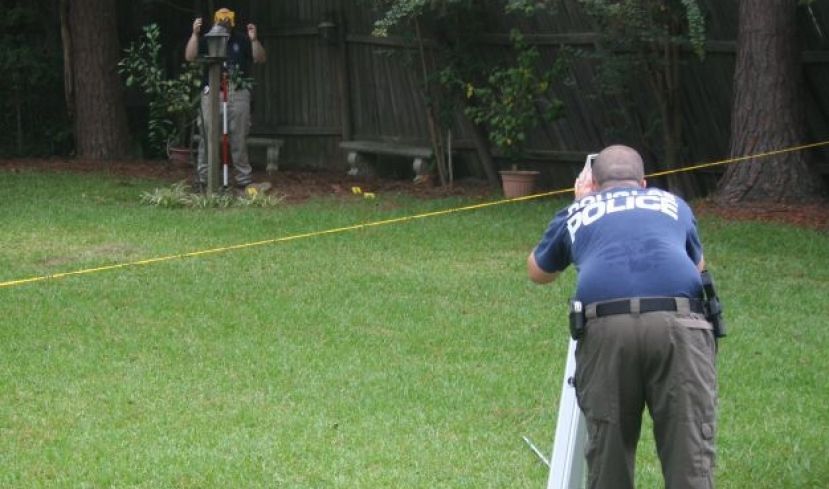 Robert Preston, Jr./DouglasNow.com Police officers investigate the scene of a shooting Sunday on North College Avenue that claimed the life of Lea Merritt of Douglas.

Police have filed charges and made an arrest in the shooting death of Lea Merritt of Douglas, which took place Sunday afternoon at a North College Avenue address.

According to a Douglas Police Department spokesman, officers have charged Merritt’s brother, Caleb Barrett, with involuntary manslaughter and possession of a firearm during the commission of a crime. Barrett stands accused of shooting Merritt in the backyard of the family residence as a result of a family dispute.

Barrett has been arrested and is being held in the Coffee County Jail. The investigation into Merritt’s death is ongoing and more serious charges could be forthcoming depending on the outcome of the investigation.