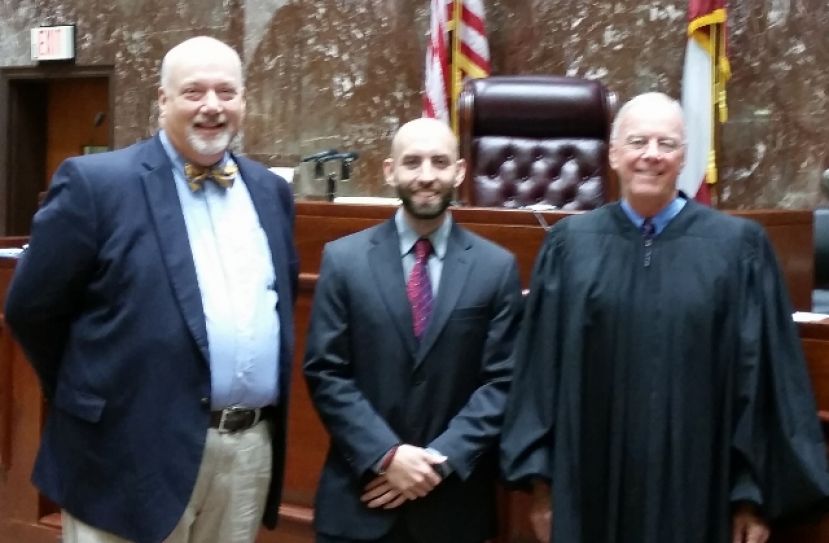 Sasser grew up in Douglas, where his parent still reside.  His father, Wendell Sasser, is a local pharmacist and his mother, Buckie, is a professor at South Georgia College and a registered nurse at Bacon County Hospital.  Greg graduated from Coffee High School, received his undergraduate degree from Valdosta State University, and attended law school at Florida Coastal School of Law in Jacksonville.   He is married to Brittany Sasser, and they have a tw-year-old son, Dean.

District Attorney George Barnhill stated, "We are delighted to hire Greg.  Nothing makes me feel better than to see a young attorney move back home to where he grew up to practice law. It speaks well for our community that he wants to come back here to work and raise his family.  Greg is doing a great job, he comports himself well in the courtroom,  and we hope to see a lot of him in our local Superior Courts."