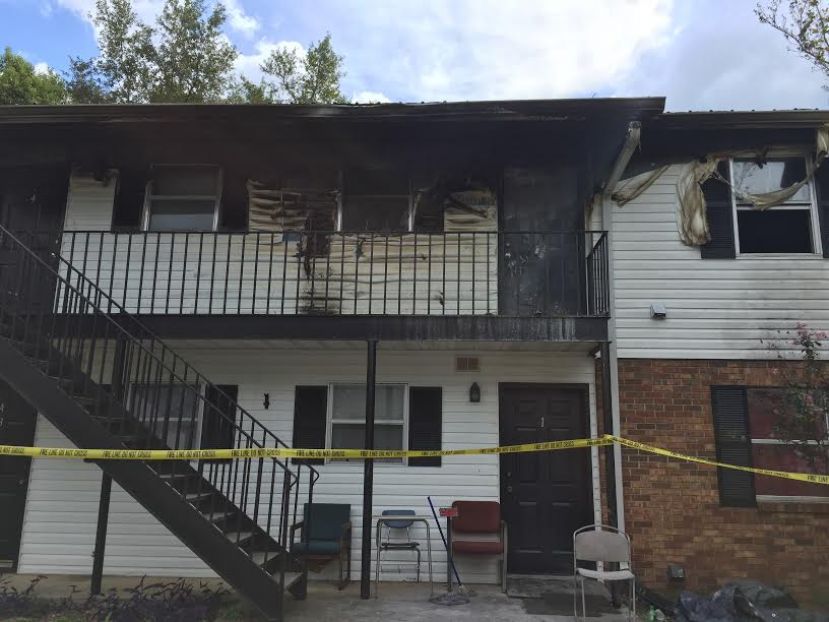 Robert Preston, Jr./DouglasNow.com A suspected kitchen fire caused extensive damage at East Woods Apartments Monday night. No one was injured in the blaze.

The fire broke out in an upstairs unit at East Woods Apartments on North McDonald Avenue, nearly directly across the street from Eastside Elementary School. Authorities believe the fire began in the kitchen. Douglas firefighters responded to the blaze between 10:30 p.m. and 11:00 p.m. Monday. Their quick response kept the fire from spreading throughout the building.