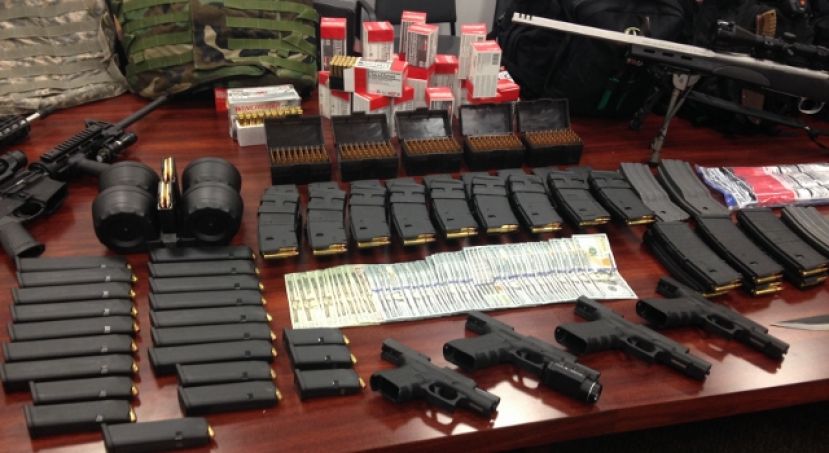 Two people were arrested by Coffee County sheriff's officials Thursday following a bizarre case that led authorities to the discovery of a small arsenal allegedly intended to be used to penetrate a former government facility in Alaska.

Authorities say the investigation began when they were alerted that two men, identified as 30-year-old Michael Mancil and 22-year-old James Dryden, Jr., were purchasing large quantities of high-powered firearms, magazines, and ammunition at several locations around Coffee County. Mancil was also already the subject of another investigation into sales of methamphetamine, authorities said.

County law enforcement convened a surveillance operation at a residence located at 206 Jim Rd., off the Ga. 206 Connector, Thursday after learning the two suspects might be planning to leave town. Officials stated they observed the two loading a number of items from the home into a truck and, before they could leave, decided to utilize a SWAT operation to detain the men.

Both were apprehended without incident and taken to the Coffee County Jail. Investigators discovered and confiscated four AR-15 rifles at the residence, along with four Glock handguns, a Remington rifle, and approximately 3 to 4 thousand rounds of ammunition.

Upon being interrogated at the sheriff's office, Mancil allegedly detailed a bizarre plan to overtake the HAARP facility, located in Gakona, Alaska. According to Wikipedia, "The High Frequency Active Auroral Research Program (HAARP) was an ionospheric research program jointly funded by the U.S. Air Force, the U.S. Navy, the University of Alaska, and the Defense Advanced Research Projects Agency (DARPA),designed and built by BAE Advanced Technologies (BAEAT). Its purpose was to analyze the ionosphere and investigate the potential for developing ionospheric enhancement technology for radio communications and surveillance."

HAARP ceased operation in 2014, and ownership of the facility and its equipment was subsequently transferred to the University of Alaska - Fairbanks. The facility has been the subject of numerous conspiracy theories over the years including allegations of weather manipulation and mind control.

Coffee County Sheriff's Investigator Michael Vickers stated Mancil believed the facility was "storing people's souls," preventing them from going to heaven. He intended, Vickers said, "to blow up the machine" in order to free the souls that were trapped.

Mancil and Dryden each currently face charges of selling methamphetamine, possession of a firearm during the commission of a crime, and misdemeanor marijuana possession. Mancil will additionally be charged with use of a telecommunication device in commission or facilitating of an act which constitutes a felony. 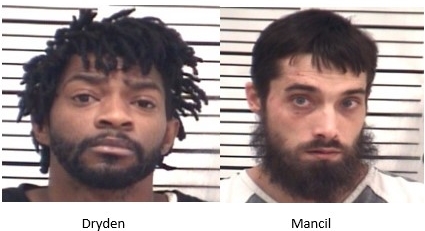 More in this category: « CHS mock wreck drives home anti-drinking and driving message Board member storms out of meeting, leaves school board without a quorum (with video) »
Login to post comments