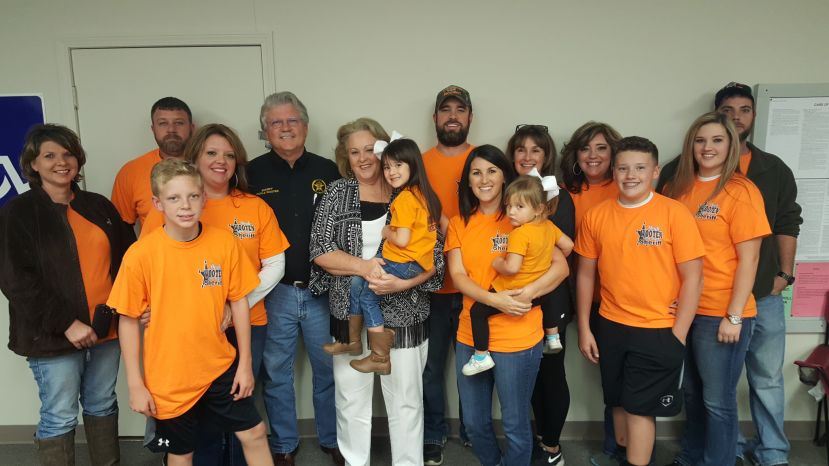 A couple of things are certain. Death. Taxes. And a one-term sheriff in Coffee County getting re-elected. Tuesday night, voters decided to give Sheriff Doyle Wooten, who is finishing his first four years as the county’s highest constitutional officer, another term in office. Voters in the city of Douglas also approved both local Sunday alcohol sales referendums (albeit by slim margins). Likewise, Brandon Musgrove is the new coroner and incumbent tax commissioner Shanda Henderson won her seat rather handily.

Sheriff Wooten (D) faced stiff competition from challenger Rex Harper (R), who despite his relative youth has over two decades of service as a fireman, police officer, and deputy sheriff. In a race that was fought as much on social media as it was on the campaign trail, Wooten received 7,713 votes to Harper’s 6,091. “I’d like to thank the voters of Coffee County for giving me four more years in office. I’m proud of what we’ve done during our first term but we still have a lot more we can accomplish. We’re going to make this county an even safer and better place to live, work, and play over these next four years,” said Sheriff Wooten after the votes came in.

Voters who lived within the city limits of Douglas had two local referendums to consider: Whether alcohol could be sold in restaurants by the drink on Sunday and whether alcohol could be sold in stores on Sunday. Both passed by narrow margins; sales by the drink passed 1,949 to 1,859 while sales in retail establishments passed 1,926 to 1,863. This new ordinance will go into effect on Jan. 1, 2017.

There were two other local races on the ballot. The first, for tax commissioner, saw incumbent Republican Shanda Henderson face off against Democratic challenger Tabitha Paulk. Henderson won 10,048 to 3,556. The other race saw two candidates square off for the office of coroner, which incumbent Neil Sims decided to vacate this year. Republican Brandon Musgrove, a former sheriff’s deputy, ran against Democrat T.C. Griffin, a licensed mortician. Musgrove won 8,501 to 4,720.

Local voters did not like constitutional amendment #1, the opportunity school districts amendment, and voted it down 8,363 to 5,090. Voters gave their stamp of approval to the other three amendments by wide margins.

Keep in mind these results are unofficial. The election will be certified on Friday.