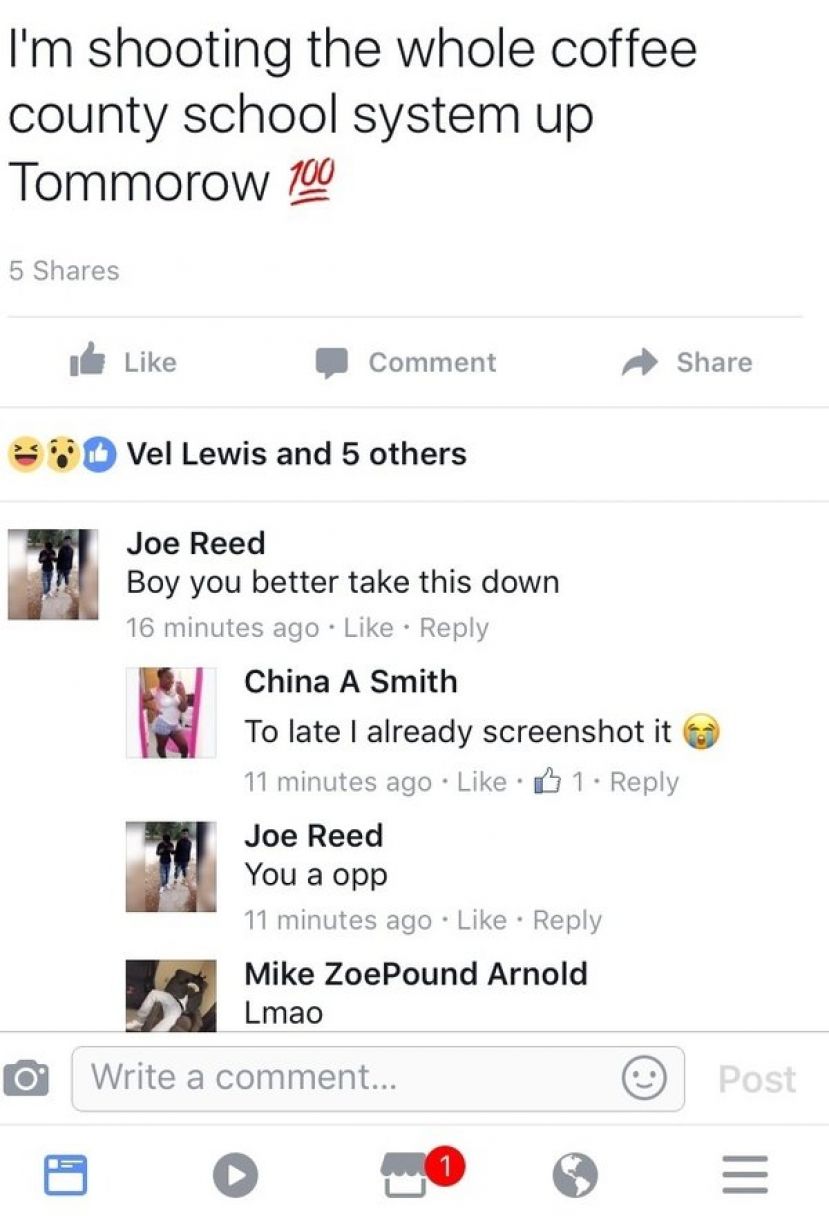 The Coffee County Sheriff’s Office has a charged a 16-year-old male with one count of terroristic threats in regards to a social media post threatening an act of violence against Coffee County Schools.

Sheriff’s officials were notified just prior to midnight, March 8, 2017, that the juvenile had posted an update to his personal Facebook page stating, “I’m shooting the whole Coffee County School system up tomorrow.”

Officers were able to locate the 16-year-old at an apartment complex in Douglas, where he was taken into custody shortly after 1 a.m. The suspect admitted to officers he had published the post in question to his social media page.

The juvenile was transported to the Coffee County Sheriff’s Office and subsequently transferred to a juvenile detention center.

Coffee County school officials were notified of the arrest around 2 a.m. Thursday.