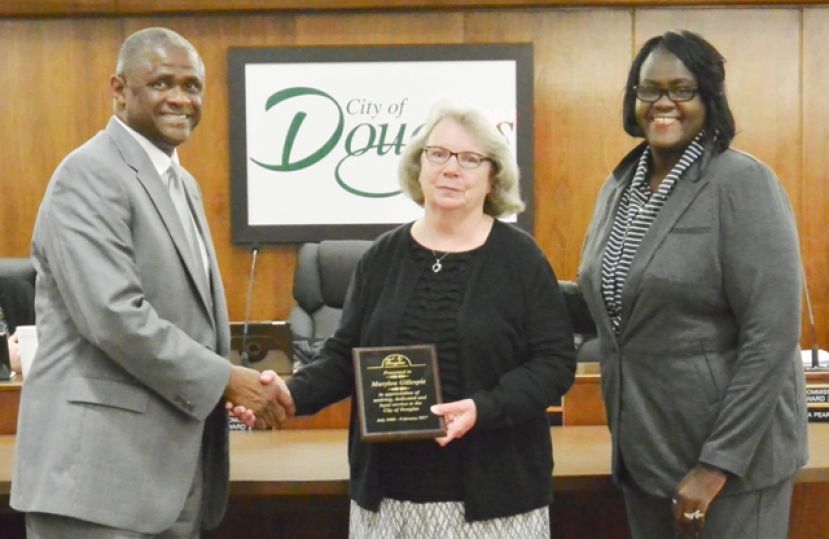 During a regular City Commission Meeting on Monday, March 13, 2017, two City of Douglas retirees were recognized for their years of service.  Marvin Rains, who worked for 28 years in the Parks and Recreation Department.  During his time with the City, he worked his way up to Grounds Maintenance Supervisor in which he ensured the beautification of the City of Douglas.

Mary Lou Gillespie, was employed for 16 ½ years.  She worked in the Finance Department as an Accounts Payable Clerk. She stated that she is looking forward to her retirement to do some traveling and spending time with her grandchildren.