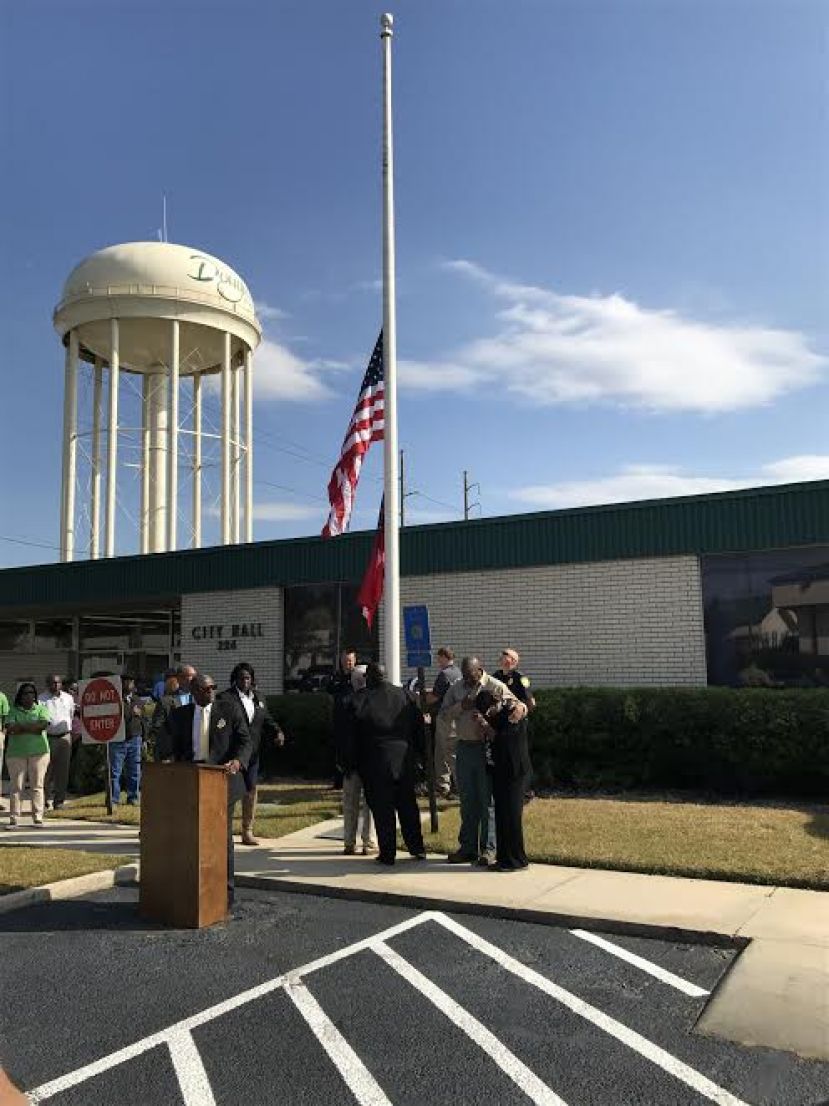 Today, a short yet poignant ceremony at City Hall honored the memory of long-term city commissioner Johnnie Lee Roper, who passed away Monday morning after a series of health complications. Roper’s passing was but one shocking story for the Douglas and Coffee County community. Later in the day Monday, school board member Ronnie Johnson also passed away, in part due to problems associated with severe diabetes.

Fellow city commissioners, Mayor Tony Paulk, city and county employees, and citizens from throughout the community gathered around the flag pole in remembrance of Roper. A fixture on the city commission, Roper had devoted his life to serving the people of his ward and his community. A humble man whose ascent to prominence could be described as a bit unlikely, Roper used his influence to speak for those with no voice, to represent the underserved, to stand up for those who couldn’t stand for themselves. He was a compassionate and attentive commissioner, one who was ready to listen to anyone with a need or concern. “There’s not a house he didn’t touch, not a family he didn’t help. He epitomized public service and Mr. Roper extended a hand to everyone,” said Mayor Paulk at the ceremony.

Following the mayor’s remarks, a prayer, and an a cappella rendition of “Amazing Grace,” firefighters from the Douglas Fire Department removed the U.S. flag that flew above City Hall. They folded the flag and will present it to the Roper family. Then they raised a new flag; after running it up the pole, they lowered it to half-staff in memory of Mr. Roper.