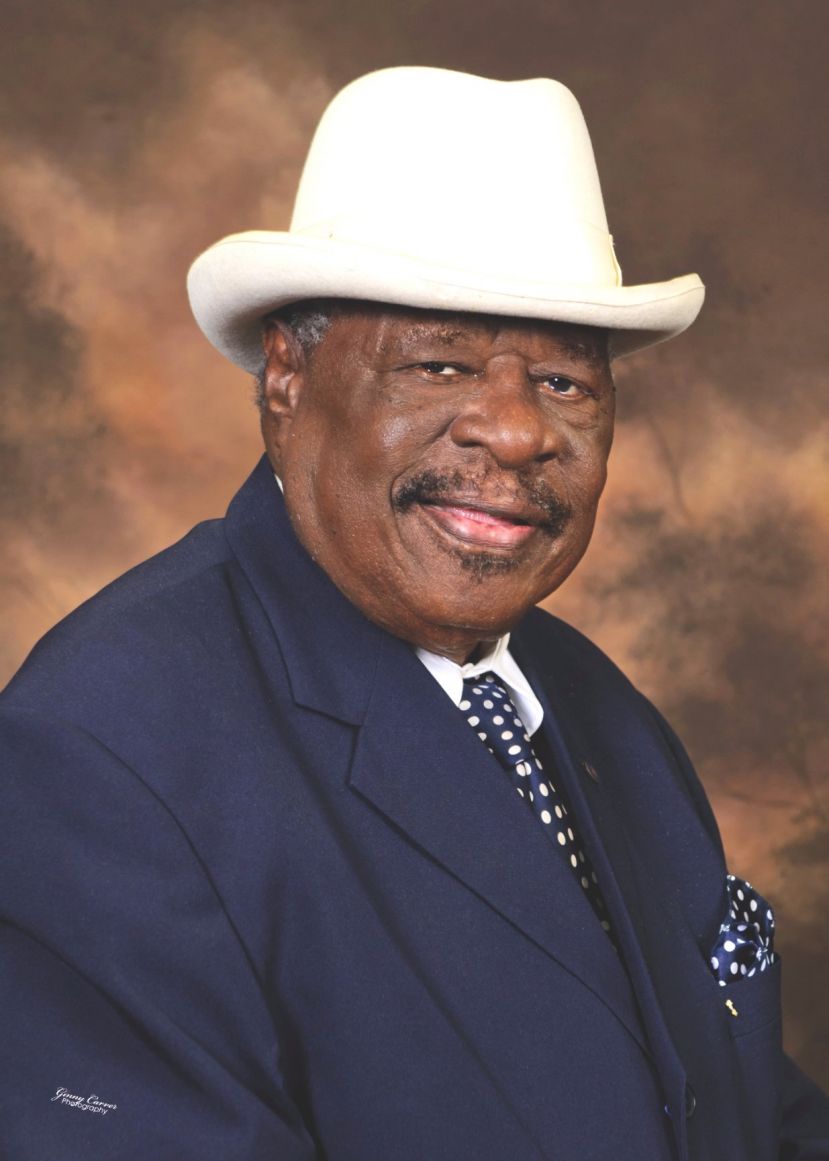 The mayor and commissioners of the City of Douglas, along with employees, and citizens, desire to express heartfelt sympathy to the family of the late Johnnie Lee Roper, Sr., who served as a city commissioner for 23 years. On Monday, March 20, 2017, as the news of Roper’s death echoed throughout the community of Douglas, all the way to the state capitol, Mayor Tony L. Paulk along with the Douglas commissioners, called for a community vigil in front of City Hall. This gathering was held at 4:30 pm in front of City Hall and was a way for leaders, employees, and the community to embrace and to have a moment of reflection on the legacy of city commissioner Johnnie Lee Roper, Sr.

Staff members of the Douglas police and fire departments lowered the flag to half-mast as a symbol of respect for the demise of such an influential leader. The flag that was flying prior to the time of Roper’s death will be presented to the family during his home-going service. Flags through the city will remain at half-mast until the conclusion of the funeral services for Roper. As Mayor Tony L. Paulk faced the crowd in front of City Hall, he stated, “It is very difficult to stand before you as the mayor of Douglas, because Johnnie Lee Roper meant a lot to me and to this community. There is not a house that he did not touch nor a family he did not try to help. Mr. Roper epitomizes public service.” Paulk also stated that he remembers Roper saying to him, “In spite of personal feelings, you’ve got be willing to help the person who needs help.”

Mr. Johnnie Lee Roper, Sr. began serving his first term as a commissioner of the City of Douglas on July 1, 1985. To the present time, Roper served eight full terms and upon his death, was serving the second year into his ninth term, giving him a total of 23 years, carrying out the functions of a local elected municipal official. He served a four year term as Mayor Pro Tem from 2004 – 2007. Roper frequently attended training that was offered by the Georgia Municipal Association (GMA) and Carl Vinson Institute of Government. From his training with GMA, he received over 234 training hours, earning him the prestigious Certificate of Distinction, which was presented by the Georgia Municipal Association Training Institute on June 27, 2011 during the GMA 78th Annual Convention in Savannah, Georgia.

Roper was known and respected in his community for being a strong advocate for all people of the community, for his active role with the Coffee County Senior Citizens Club and Concerted Services Head Start program. Near the end of his life, Roper championed a community initiative known as the Miracle Field, which would be a facility where youth and adults with special needs can have a common area for recreation activities. Along with the City of Douglas, Mr. Roper was instrumental in helping to acquire approximately $70,000 as seed funds for the future construction of this regional facility. As a man of great faith, Roper was never ashamed to let others know that he had great belief in Jesus Christ. He was committed to his church, Gaines Chapel African Methodist Episcopal Church (A.M.E.) where he served as a dedicated steward for many years. During his time of membership in the A.M.E. organization, not only was he a steward, but he served on the Sons of Allen Men’s Fellowship of the A.M.E. Church, 2nd Vice President of Gaines Chapel A.M.E. Church Lay, and Chaplain Waycross District Lay.

Mr. Roper always expressed a deep love for his family and often shared stories of his upbringing and family experiences. He was a faithful father not only to his children, but to many in the community. Anyone and everyone who ever sat in meetings with Mr. Roper would probably remember him most for his famous quote, “If you see a turtle on a fence, someone put him there.” “Commissioner Roper suffered much physical pain in his lifetime, that none of us will ever fully comprehend,” says Terrell Jacobs, City Manager of Douglas. “Yet he lived in such a manner to touch each and every one of use with his great example of sacrifice and service to all mankind.”