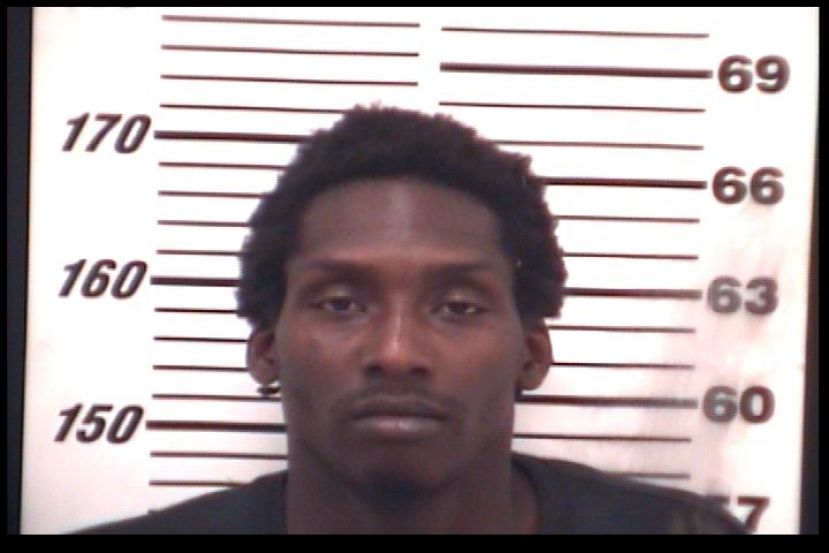 A man wanted by Coffee County and City of Douglas law enforcement was arrested over the weekend following a brief foot chase that ended when the offender found himself in a precarious position.

Around 11 a.m. Saturday, April 22, Coffee County deputies spotted a vehicle occupied by 25-year-old Kadeem Demond Lewis in the area of Highway 32 West. Lewis was known by deputies to have active arrest warrants through the sheriff’s office, along with pending charges through the Douglas Police Department. Deputies initiated a traffic stop in the area of Salem Church Road and Lewis exited the vehicle and fled on foot. Officers chased Lewis through Evans’ Mobile Home Park and into a wooded area behind Salem Church. He was located a short time later trapped inside a thick briar patch, unable to escape.

Lewis was treated by emergency medical personnel for minor injuries sustained from his encounter with the thorns and briars and subsequently transported to the Coffee County Jail.

Lewis faces one charge of obstruction of law enforcement in relation to this incident. He has also been charged with criminal trespass and theft by taking in regards to an incident that occurred earlier this month. He faces additional charges of criminal damage to property through the Douglas Police Department, along with a 2016 bench warrant for failing to appear in court.

More in this category: « SGSC honors superlatives at annual ceremony City to hold prayer vigil for homicide victims -- both solved and unsolved »
Login to post comments