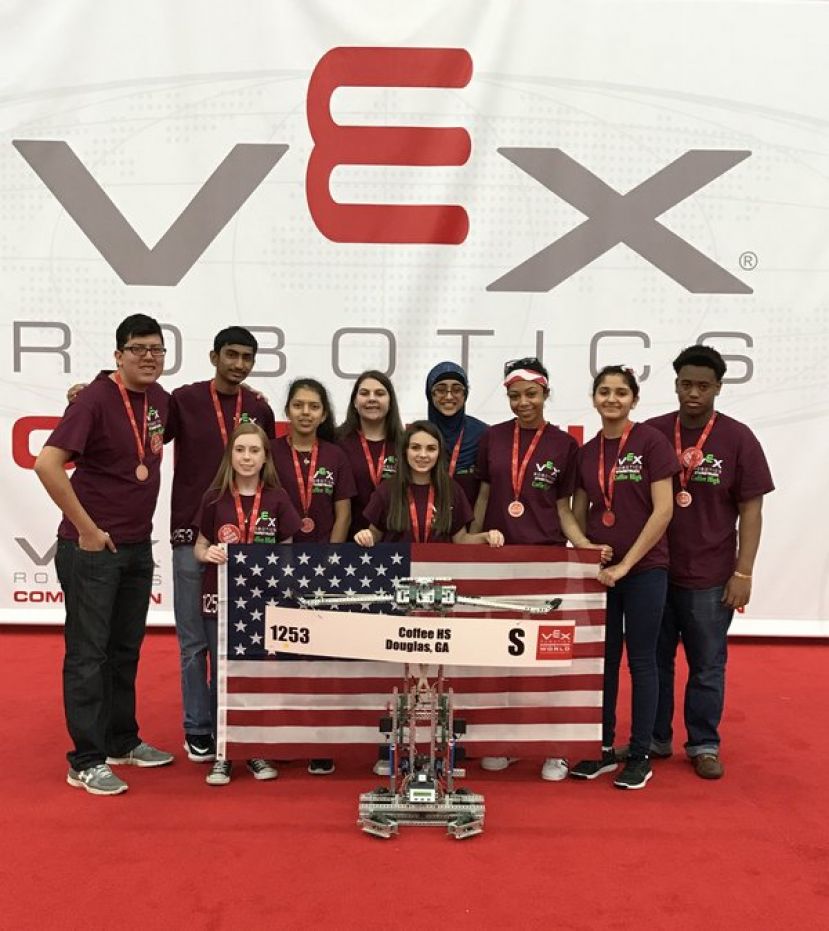 Submitted Photo The Coffee High VEX Robotics team finished among the best in the world last week in Louisville.

The robotics team finished between 192nd and 198th in the world last week at the world championships in Louisville, Kentucky. There were nearly 20,000 robots at the competition. CHS’s finish of six wins to four losses put them in the top one percent of robotics team in the world. The team consists of captains Diego Escobar and Alana Atkinson, and members Xavian Woodberry, Nabil Patel, Leana Atkinson, Samina Patel, Paulina Escobar, Netra Ghandi, Cheyenne Stone, and Gina Rosier. Dr. Rodney Ragsdale is the advisor.

The robotics team has had a well-publicized journey to the world championships. They’ve worked hard, paid their dues, and emerged as one of the best teams on the planet. It’s a great way to wrap the year while also preparing for next year’s competitions. Congratulations to the team and to Dr. Ragsdale.