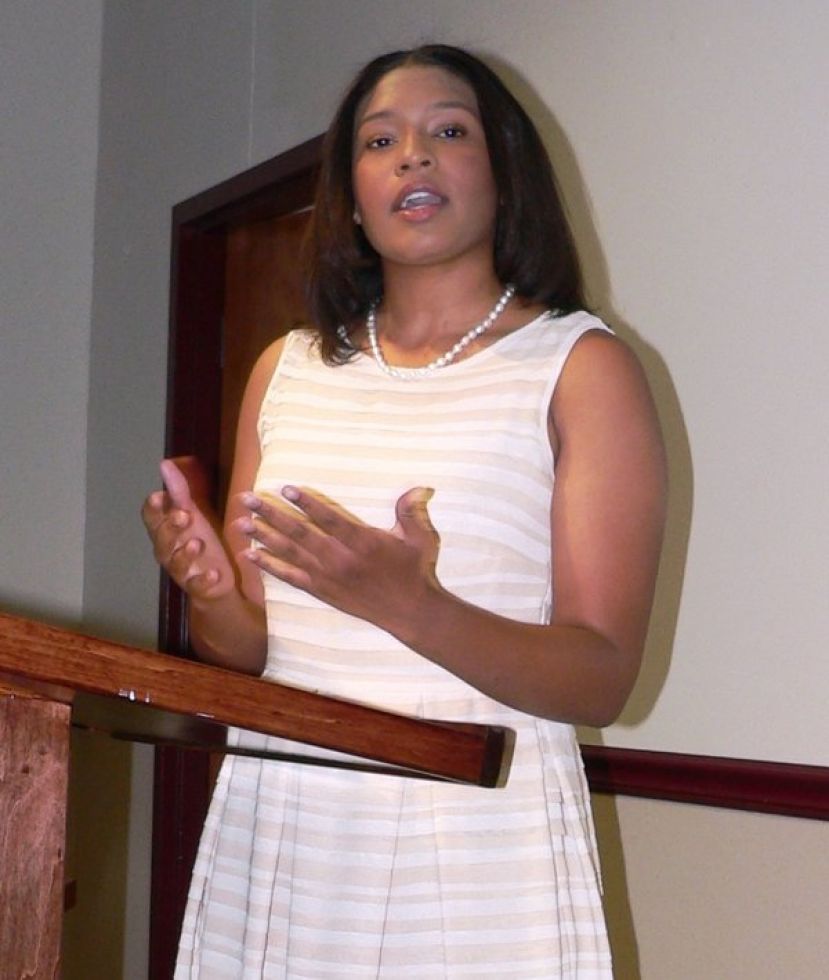 Submitted Photo 6) Sharnae Pegues, Coffee High student, was named the Boys and Girls Club Youth of the Year for the state of Georgia and was recognized at the monthly meeting

There were several special recognitions at the Coffee County Board of Education’s April 27th School Board Meeting. Recognitions included Boys and Girls Club Youth of the Year, CTAE National Winners, 2017 Young Authors System Winners, and Mrs. Sherri Berry for 100 percent attendance at the most recent Parent Teacher Conferences.

Sharnae Pegues, Coffee High student, was recognized for being named the local and state Boys and Girls Club Youth of the Year. The organization explains the program in saying, “Youth of the Year is our signature effort to foster a new generation of leaders, fully prepared to live and lead in a diverse, global and integrated world economy. In the 21st-century world and workplace, leadership skills such as communication, goal-setting and teamwork are essential for everyone - especially young people preparing to meet the challenges of adolescence and adulthood. With a grassroots beginning in 1947, Youth of the Year has evolved into a comprehensive leadership development program.”

Dr. Morris Leis presented a Superintendent’s Award to Sherri Berry, principal of Coffee Middle School. This award was given in recognition of Coffee Middle School having 100 percent parent participation at the March 16 conferences. Mrs. Berry led the effort in which the largest school in the system had an outstanding turnout. Parent involvement in their child’s education is a major way in which our mission of Destination Graduation for College, Career, and Life can be accomplished.