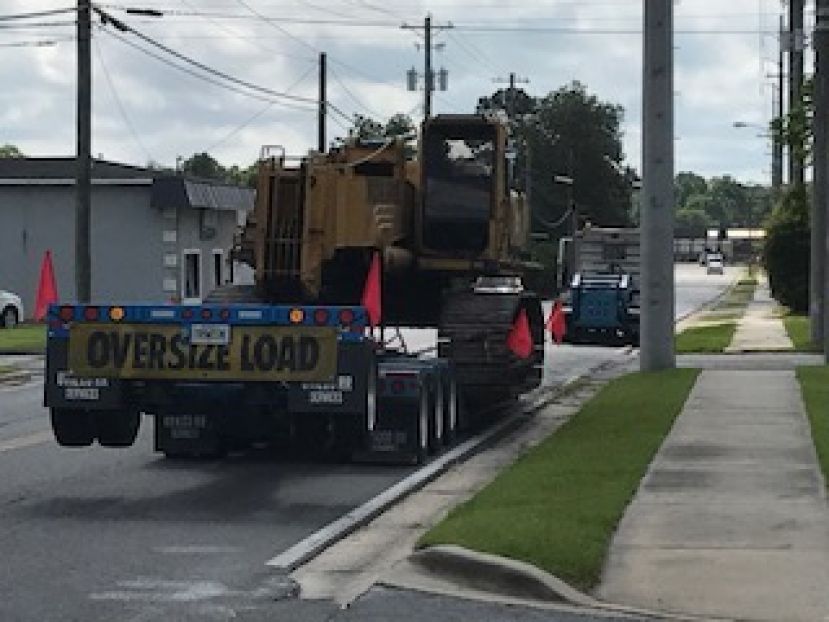 Robert Preston, Jr./DouglasNow.com Employees from CSX load an excavator onto a trailer Monday morning after it was used to help clear the railroad tracks near Griffin's Warehouse in Douglas. The crossing was closed for several hours Monday morning and could remain closed until early afternoon.

Monday didn't get off to a very good start for a train moving through Douglas.

At the time of this press release, CSX has not released an official statement as to the cause of the derailment.

More in this category: « Douglas resident dies after falling out of Jeep near Yulee, Fla. Alma police arrest one for meth possession during traffic stop »
Login to post comments