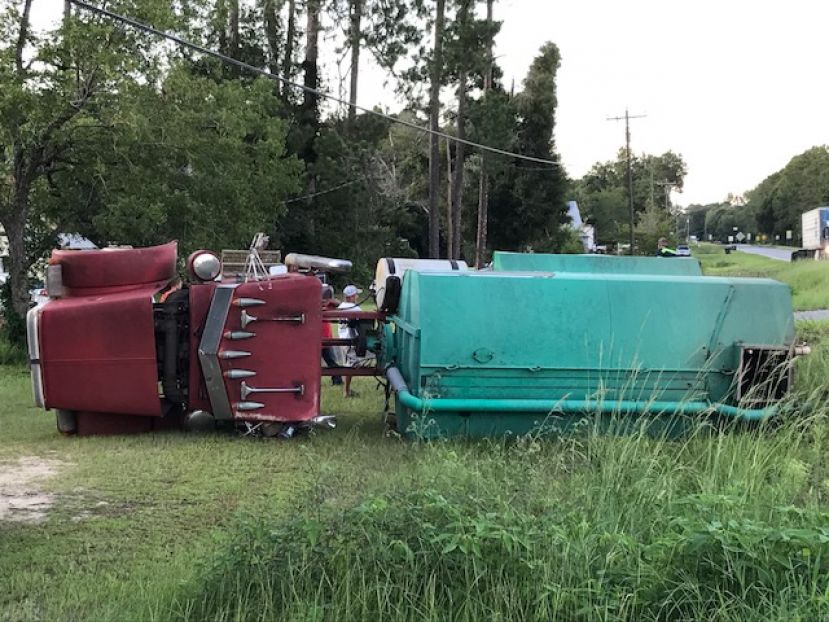 Robert Preston, Jr./DouglasNow.com This 10-wheeled tanker truck rolled over in West Green Wednesday night. No one was hurt in the accident.

Normally, not much goes on in West Green. Tonight was a little different.

A Peterbilt tanker truck hauling liquid fertilizer rolled into a ditch as the driver negotiated a turn. The truck fell into the ditch then slowly rolled over, emptying the contents of the tank. The load was about 1,000 gallons and it poured into the ditch. It wasn’t particularly potent fertilizer; there was no odor at all at the scene of the accident.

There were no injuries and because the truck came to rest well off the roadway, traffic wasn’t affected very much. Vehicles had to slow down as they approached but there were few, if any, delays at all. A wrecker from American Truck Parts in Douglas stood up the truck and cleared the wreck site.