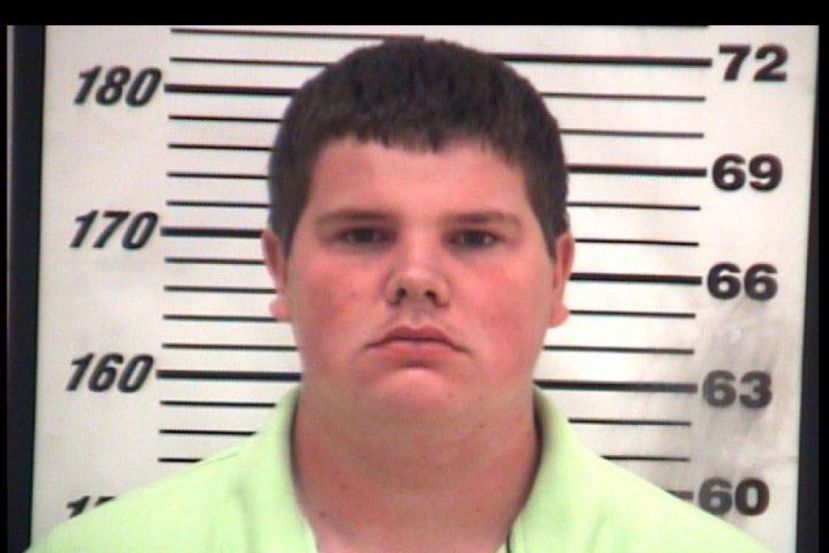 DouglasNow.com file photo Caleb Barrett, seen here after being jailed in the 2016 shooting death of his sister, Lea Merritt, will not face trial on murder charges after Superior Court Judge Andy Spivey ruled that he acted in self defense.

Tuesday afternoon, Superior Court Judge Andy Spivey determined that Caleb Barrett, who had been charged with malice murder and felony murder in the shooting death of his sister, Lea Jovan Merritt, acted in self defense. As such, Barrett will not face trial and his case has been dismissed with prejudice.

Barrett requested an immunity hearing on the grounds of self defense. On Sept. 18, 2016, Barrett shot and killed Merritt at his family's home on North College Avenue. Initially charged with manslaughter, he was arrested and released on bond in September 2016. However, the Grand Jury indicted Barrett on murder charges about nine months later. He was arrested and jailed again. In June, Barrett was granted a bond and released again.

According to documents obtained from the Clerk of Court's office, Merritt became upset because she found out that her mother, Deborah Merritt, and step-father, Steve Barrett, wanted the camper in which she and her girlfriend, Christy McGovern, lived to be moved. The camper was in the yard of the family home on North College Avenue. The documents state that Merritt wasn't allowed inside the Barrett home because of "an extensive history of drug use and violence towards both Deborah Merritt and Barrett."

Steve Barrett told Caleb to unplug the power from the camper. When he did so, Merritt became angry and confronted Steve Barrett. She pushed Steve Barrett down, injuring him in the process. Afterwards, she picked up an axe and acted in a threatening manner. Merritt was standing just a few feet away her mother, who was sitting on a concrete bench. Caleb Barrett went to his truck and grabbed his gun, a Springfield XD 9mm pistol, and pointed the gun at Merritt. Documents say he repeatedly told her to put the axe down. Merritt had the axe in a "drawn back" position and moved toward Barrett. As she neared him, Barrett fired one shot at Merritt, which proved fatal.

As such, he dismissed all charges and Barrett will not face prosecution.

More in this category: « One man is in jail and another is recovering after a shooting Sunday night Change of venue request granted in Olivia Pearson's second trial, gag order denied »
Login to post comments