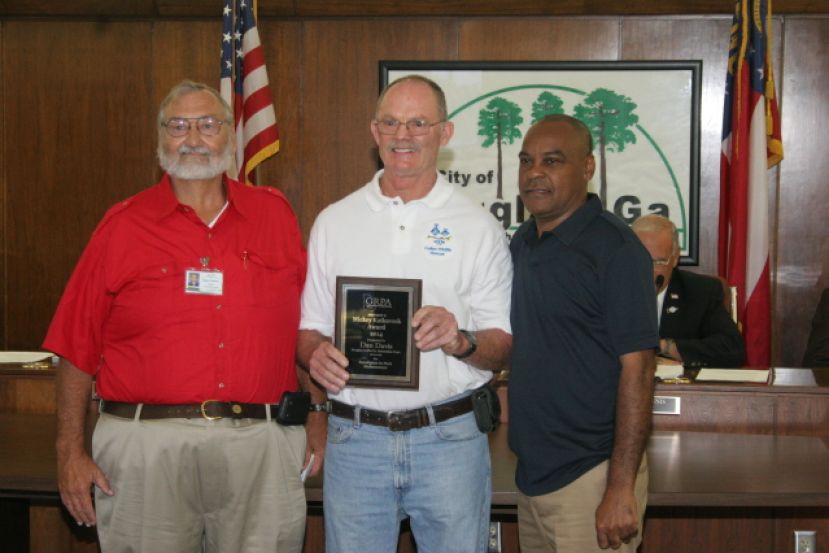 At Monday night’s regular meeting of the Douglas City Commission, commissioners voted to raise the per diem rate for city employees by $6, bringing the rate up to $41. During the pre-meeting work session, city finance director Charlie Davis stated that the city’s per diem is $35, broken down as follows: $7 for breakfast, $10 for lunch, and $18 for dinner. According to Davis, the state has two per diem rates, depending on where employees are staying: $28 and $36. The federal government has three rates: $41, $46, and $51. “Do we need to adjust the rate for employees?” asked Davis. City manager Terrell Jacobs said that while some employees had asked about the per diem, a majority of employees had not expressed any concern over the per diem.

The problem with adjusting the rate, said Mayor James Dennis, is that any adjustment would have to be absorbed by the budget. Department directors had not budgeted any changes to the per diem for this fiscal year so any increases in travel expenses would have to be covered by the existing budgets. “This hasn’t been budgeted so I wouldn’t want supervisors cutting back on needed supplies to pay for an increase in travel costs,” said Mayor Dennis.

After several minutes of discussion, Mayor Dennis stated he would be in favor of raising the per diem $1 and adding $5 to cover incidental expenses, such as tips and parking. That would put the city’s per diem equal with the lowest federal level and higher than the state level. During the regular meeting, commissioners unanimously approved this recommendation.

In other business, the commission approved the purchase of four Ford F-150 pickups for $82,092. During the work session, commissioners expressed concern over the purchase of the trucks. “If we do this, that’s nine vehicles we’ve bought in the last two weeks,” said Commissioner Bob Moore. Commissioner Dennis Josey inquired as to why the trucks had V-8 engines and options like power windows and power locks. Commissioners were told that the trucks have V-8s because the V-8 package is better suited to towing heavy loads, resulting in fewer maintenance costs down the road. The trucks also come standard with power windows and locks. The city also has no plans to purchase any more vehicles for the rest of the fiscal year. Commissioners unanimously approved the purchase.

The commission also approved Verizon Wireless as the city’s cellular provider, the purchase of three transformers for $18,621, and a liquor license for LD Britton Enterprises, owner of Britt’s Steak and Seafood. The new restaurant will open on South Peterson Avenue at the site of the old St. Johns Seafood. The city fathers also agreed to advertise appointments for the historic preservation committee and the airport commission, and they agreed to allow the CLCP to use the Martin Centre for a fundraiser on Nov. 13.

More in this category: « Cause of death remains unknown in discovery of body at assisted living home, additional charges expected Transwaste to begin using side loaders for trash pickup »
Login to post comments