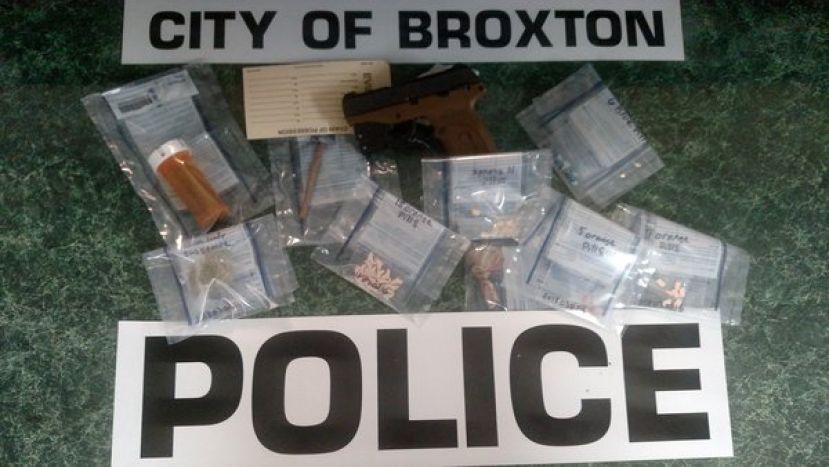 Submitted photo Here are a some of the various drugs and guns confiscated in Broxton recently.

The Broxton Police Department, under new interim chief Scott Harper, has made several significant arrests recently, resulting in the seizure of illegal drugs and weapons.

A traffic stop by Broxton officers resulted in the arrest of Christian Miranda of North Carolina for possession of marijuana.

Chief Harper stated that he was very pleased with the tireless work that these officers are putting into being proactive in their duties. "We have a great group of officers and we also have a game plan. We are going to target drug dealers and drug users in our city. I believe that 90 percent of people in jail and prisons today are somehow connected to drugs. I have a message for any drug dealers living in Broxton -- you can stop selling, move out of Broxton, or go to prison," states Chief Harper.