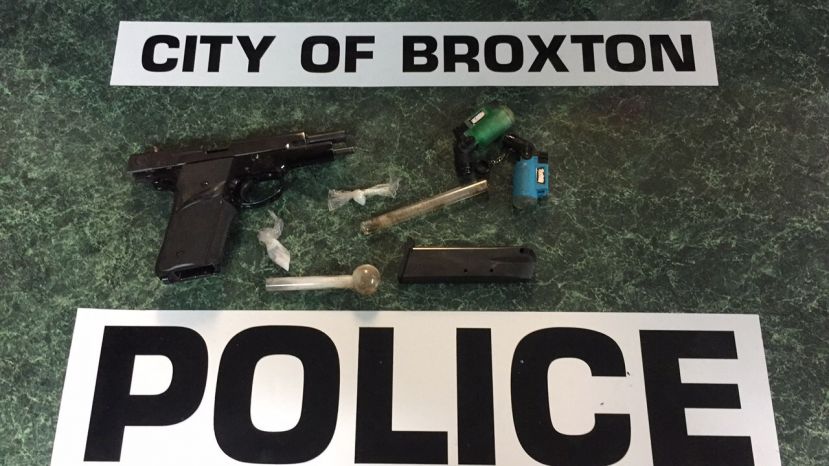 Submitted photo Here are few of the items of contraband Broxton police officers confiscated over the last week.

The Broxton Police Department has been busy over the last week. Arrests include several for a variety of alleged drug and weapons violations, shoplifting, bench warrants, and the like:

On March 21, an officer observed Corey Dent of Broxton riding in the middle of the road at night with no headlight. After stopping and talking with Dent, the officer found Dent to be in possession of a small amount of marijuana as well as approximately three grams of a white crystalized powder which was packaged inside a small zip lock bag and then placed inside another bag with ties. Dent was arrested and charged with driving a bicycle at night with no headlight, possession of marijuana and possession of methamphetamine.

On March 24, Gabriel Carelock of Broxton was arrested and charged with one count of shoplifting.

On March 26, an officer observed a vehicle traveling at night with no tail lights. After conducting a traffic stop on this vehicle, the officer discovered that the driver, John Wampler of Ambrose had a suspended driver’s license and was in possession of two packages of methamphetamine, various drug related objects and a loaded handgun.