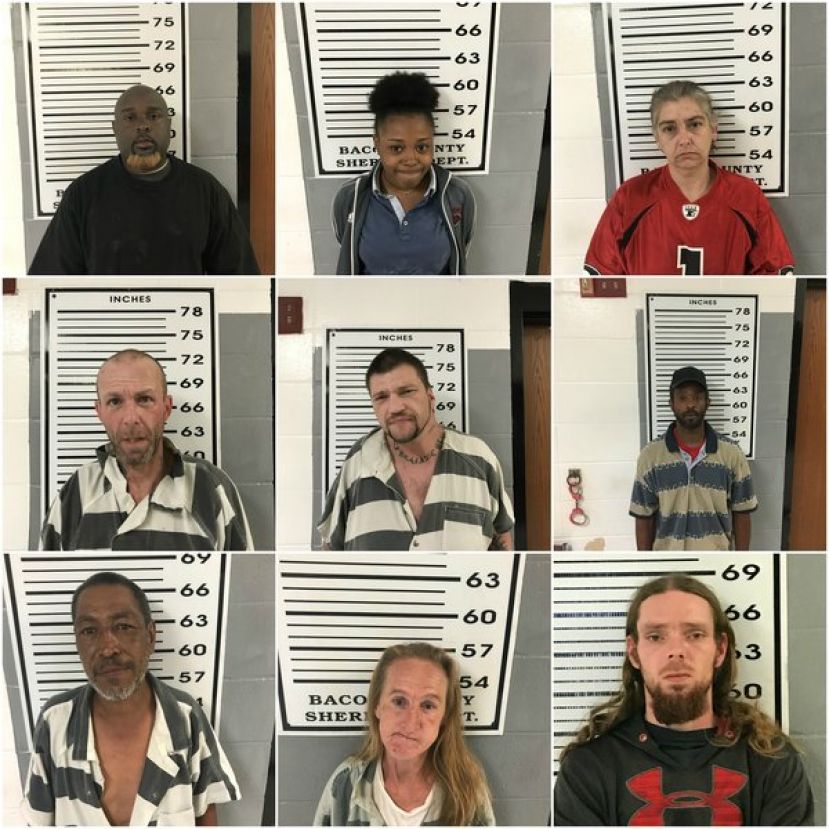 Monday afternoon, March 26, APD responded to a fight on E. 12th St. Keyana Davis, 20 of Nicholls, was arrested for misdemeanor possession of marijuana.

Between Tuesday, March 27 and Thursday, March 29, APD arrested Crystal Hall, 40 of Alma, Jimmy Shane Howell, 42 of Alma, and Jonathan Randall Taylor, 39 of Alma, for charges ranging from burglary in the 1st degree to theft by receiving stolen property. APD detectives recovered property stolen from several homes/businesses in Alma, as well as property taken from a residence in the county and a residence in Ware County. The property recovered consisted of a variety of miscellaneous items, such as push mowers, generators, a water heater, and a stove; a horse saddle was also recovered. APD solved four burglaries within the city limits of Alma. Hall was currently out of jail on bond for unrelated drug charges.

Wednesday, March 28, APD arrested Roger Eugene Moody, 47 of Blackshear, for driving with a suspended license and a windshield violation.

Saturday evening, March 31, APD responded to a burglary alarm at Shorty’s BBQ. Within a couple of hours, APD arrested a 13-year-old juvenile for burglary. No items were taken, but the juvenile did illegally enter the business.