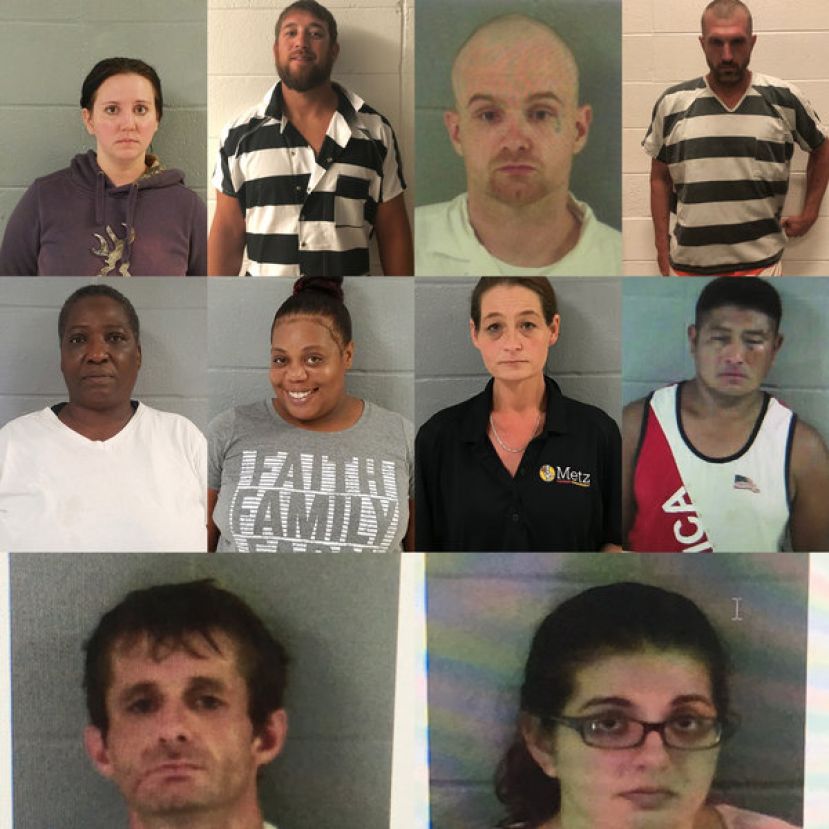 APD arrested Sammy Lee Andrews, 37 of Baxley, for possession of methamphetamine, possession of schedule II, III, and IV drugs, and possession of marijuana.  Andrews arrest followed a forgery complaint at a local business.  Andrews was also wanted in Vidalia for an outstanding warrant.

APD arrested Rose Marie Sheard, 56 of Alma, on an outstanding warrant from a theft by shoplifting incident on July 4, 2018, at Fred’s.

APD arrested Susie O’Neal, 28 of Alma, for driving without a driver’s license following a traffic stop for disregarding a stop sign.

APD arrested Alan Fisher Mai, 31 of Waycross, for criminal trespass.  Mai reportedly entered the unlocked home of his ex-girlfriend on E. 12th St. and hid inside the home until the victim arrived home.

Saturday evening after 9 pm, officers with APD were involved in a vehicle pursuit on the west side of town.  Officers attempted to stop a vehicle for driving through a 4-way stop on W. 4th St.  The pursuit ended after the fleeing vehicle hit a parked car on N. Church St.  The driver and passenger fled the vehicle and have not been apprehended.  Officers recovered two firearms and marijuana packaged for sale.  APD is investigating the incident to determine the identity of the occupants of the vehicle.

APD arrested Crystal Kay Taylor, 38 of Alma, for driving with a suspended driver’s license following a traffic stop for disregarding a stop sign.

APD arrested Samuel Nantos Lopez, 46 of Jesup, for aggravated assault and terroristic threats and acts following an incident at Huddle House when Lopez attempted to choke his nephew.

APD arrested James Kyle Westberr, 30 of Alma, and Jessica Zamani Westberry, 29 of Alma, for manufacturing marijuana after officers discovered an indoor marijuana grow in the laundry room of their Smallee St home.  Officers seized (10) marijuana plants and multiple manufacturing items.  This arrest followed a third-party domestic disturbance complaint at the home.  James Westberry is currently on parole for (21) counts of forgery.

More in this category: « School to open with armed officers at every campus Video: Facebook video leads to theft arrest »
Login to post comments