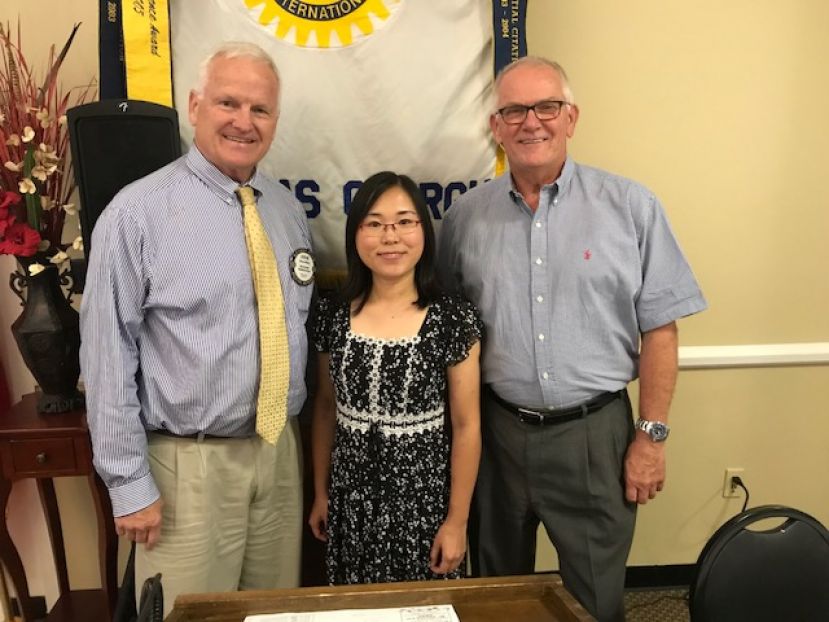 Media outlets, pundits, analysts, and just about everyone else have weighed in on the ongoing U.S.-China trade war. Georgia’s farmers are but one group caught in the crossfire. China has historically been a significant importer of Georgia commodities. With the two countries at odds over trade imbalances, what will be the ultimate outcome for Georgia’s farmers?

At a recent meeting of the Douglas Rotary Club, Dr. Serrina Liu, Assistant Professor of Agricultural and Applied Economics at the University of Georgia’s Tifton campus, discussed this complex issue.

The root of the trade war is a sizeable trade imbalance between the United States and China. It’s enormous – to the tune of $375 billion. Increasing tariffs is a way of equalizing that imbalance. But there will be effects. Using cotton as an example, Dr. Liu demonstrated how the trade tensions could affect Georgia farmers.

China has been a good customer to Georgia’s farmers. China imports almost every crop produced by Georgians. In the wake of the trade war, that could change. China will most definitely import fewer commodities from Georgia. But, stated Dr. Liu, it’s not all doom and gloom.

For example, China typically imports a great deal of cotton for its textile industry – more than any other country in the world. In fact, the U.S. exports 74 percent of the cotton it produces, stated Dr. Liu. With potentially rising tariffs, China would begin importing cotton from Australia, Brazil, and India. But it would still need more. With China off the market for domestic cotton, American farmers are beginning to export more cotton to Vietnam, India, and Indonesia. There, workers will turn the cotton into yarn and other fabrics, which those countries would then export to China. “So now it’s not a one-on-one relationship; it’s a triangle relationship,” stated Dr. Liu. “We will still export a lot of cotton, just not to China.”

Long-term, Dr. Liu said that the market should stabilize. In the short term, however, Georgia farmers will see a price drop. To alleviate that, the federal government has stepped in and offered subsidies to farmers to offset lost revenue as a result of higher tariffs. In short, the tariff is unfortunate but won’t be as bad as economists and farmers originally thought – at least not as far as the cotton industry is concerned. “We still have strong cotton prices this year. We can send cotton to other countries so Georgia won’t be hurt as bad. But the government’s help for farmers is costly to the taxpayers. Eventually, everyone was impacted by the Chinese tariffs,” said Dr. Liu.