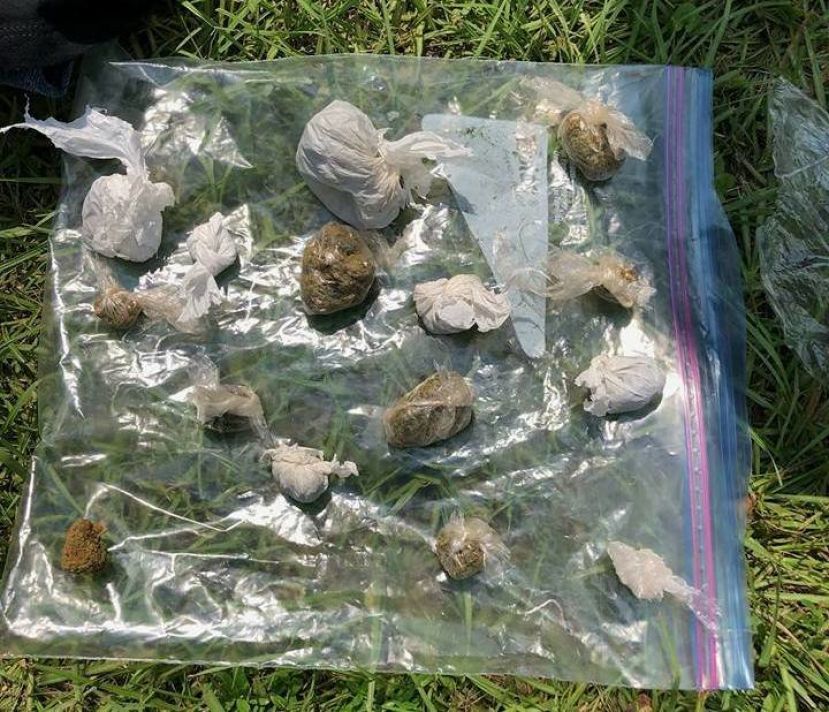 Officers with the Broxton Police Department, with assistance from the Coffee County Sheriff’s Office, arrested a two Douglas men Thursday – one on a forgery charge and the other on a variety of drugs and weapons charges.

According a press released posted on the Broxton Police Department’s Facebook page, a deputy had a forgery arrest warrant for Payne Pope, 20, of Douglas. The deputy received a tip that he was at a home in Broxton. The deputy headed to Broxton and called a BPD officer to assist. As they arrived, they saw a vehicle leave the home. They stopped the vehicle, in which were three individuals – one of whom was Pope.

The occupants gave the officers consent to search the vehicle. During the search, they discovered several bags of marijuana, an amount of methamphetamine, scales, a sawed-off shotgun, a handgun, pills, and money. They took Pope into custody on the aforementioned forgery warrant. A female occupant was released at the scene. Neither the female nor Pope were charged with the items located inside the vehicle because a third occupant, a 16-year-old juvenile, took ownership of all of the illegal items. He was charged with possession of marijuana with the intent to distribute, possession of methamphetamine, possession of an altered firearm, possession of a firearm during the commission of a felony (two counts) and other charges are pending.

“This was a great example of two agencies working together that resulted in a lot of dangerous drugs and weapons removed from our town. Great job, Coffee County Sheriff’s Office and Broxton Police Department,” stated Broxton Police Chief Scott Harper.