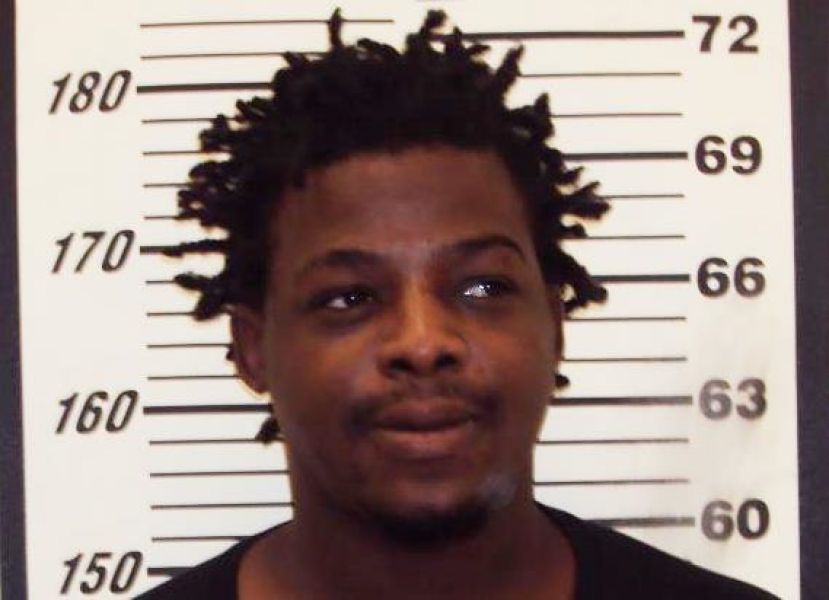 A suspected methamphetamine dealer attempted to discard his drugs along the roadway as officers were closing in during a traffic stop earlier this week, but apparently forgot about the noticeable amount of the drug sitting in his lap.

On Wednesday, Sept. 5, 2018, a Coffee County K-9 unit conducted a traffic stop on a vehicle for a traffic violation. The vehicle failed to yield to the officer and continued driving. Minutes after the initial attempt to stop the vehicle, the officer observed a substance being thrown out of the passenger area and, soon thereafter, the vehicle came to a stop.

When officers made contact with the vehicle's occupants, they noticed a passenger, identified as Maurice Jonathan Tims, had a quantity of suspected methamphetamine in his lap. Officers immediately arrested Tims and conducted a brief investigation into what had been discarded from the window. It was determined that Tims attempted to discard more methamphetamine before the vehicle stopped in an attempt to avoid arrest.

Officers were able to recover the drugs from the side of the road, and Tims was arrested at the scene and transported to the Coffee County Jail. He has been charged with possession of methamphetamine with intent to distribute and abandonment of a dangerous drug.

In a separate, unrelated incident on Thursday, Sept. 6, detectives with Douglas-Coffee Drug Unit conducted an investigation on Joe Ellis Road after receiving complaints and tips regarding the sale of drugs in the Giffordville community.

Agents conducted a search at 4501 Joe Ellis Road and discovered quantities of marijuana and large sums of cash.

As a result of the investigation, Anthony Whitfield was arrested and charged with possession of marijuana with intent to distribute. Whitfield was already out on bond awaiting trial on a previous charge for sale of cocaine.