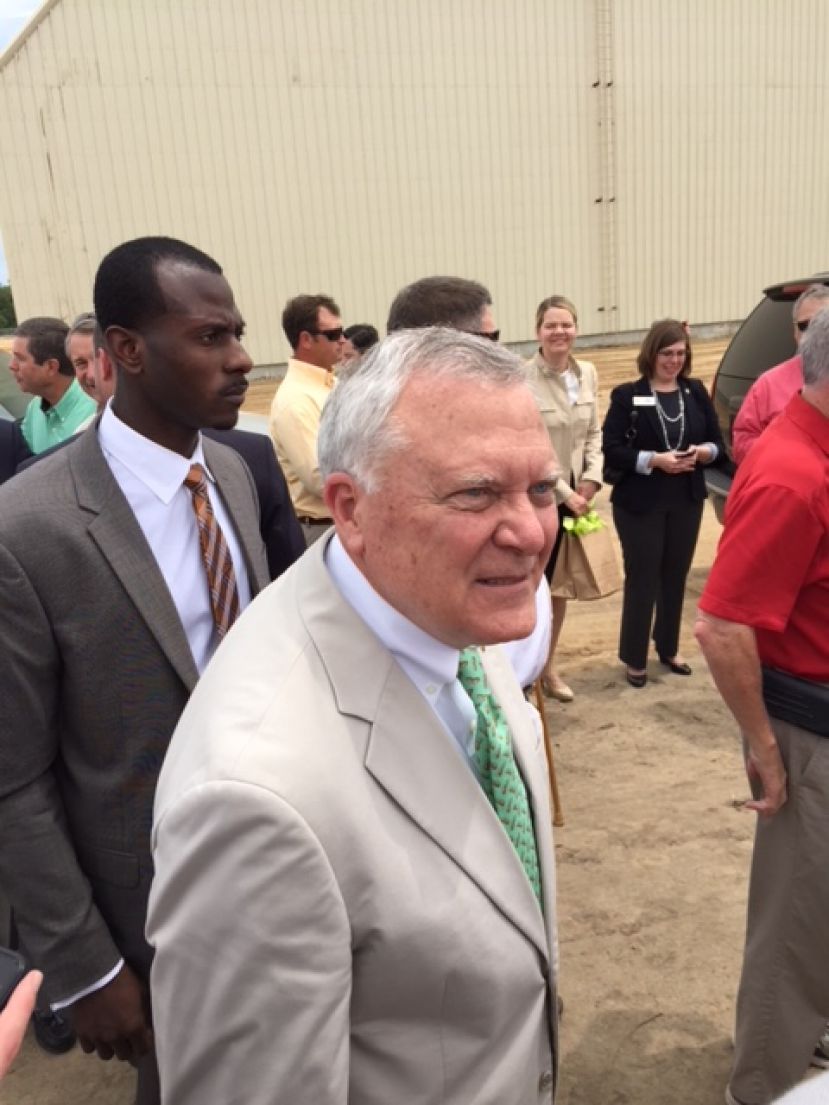 DouglasNow.com file photo Gov. Nathan Deal, seen here in Douglas at Premium Peanut, has issued a state of emergency for all 159 counties in Georgia.

Hurricane Florence is barreling toward the eastern United States and has citizens and officials in three states – Georgia, South Carolina, and North Carolina – on edge. While Florence isn’t supposed to hit Georgia directly, the state could still feel some of the effects from the storm. Wednesday afternoon, Gov. Nathan Deal issued a state of emergency for the entire state.

Based on the a late-morning forecast for Hurricane Florence and acting on a recommendation from Georgia Emergency Management and Homeland Security Agency (GEMA/HS) officials, Gov. Deal has issued an emergency declaration for all 159 counties in Georgia.

“The state is mobilizing all available resources to ensure public safety ahead of Hurricane Florence,” said Deal. “In light of the storm’s forecasted southward track after making landfall, I encourage Georgians to be prepared for the inland effects of the storm as well as the ensuing storm surge in coastal areas. GEMA/HS continues to lead our preparedness efforts as we coordinate with federal, state and local officials to provide public shelter and accommodate those evacuating from other states. Finally, I ask all Georgians to join me in praying for the safety of our people and all those in the path of Hurricane Florence.”