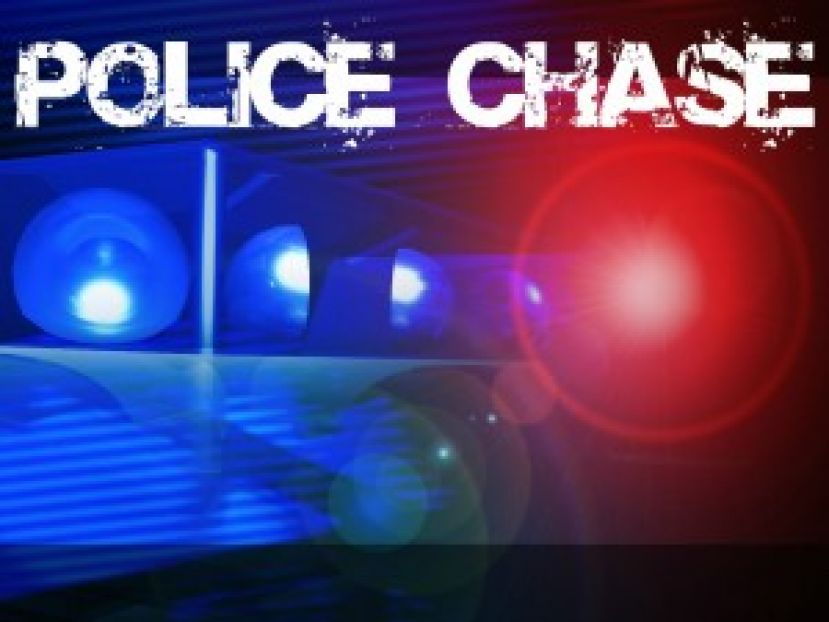 Douglas Police Chief Gary Casteloes confirmed this morning that a robbery that took place late Tuesday ultimately resulted in a high-speed chase involving several law enforcement agencies, along with the arrest of one individual.

Casteloes stated a Domino's Pizza employee was making a delivery last night when he was robbed at gunpoint by three men. The alleged robbers took the victim's money and fled the scene.

A short time later, a deputy with the Coffee County Sheriff's Office observed a vehicle matching the description of the offenders. The deputy attempted to initiate a traffic stop and the chase ensued. The deputy was joined in the chase by officers with the City of Douglas and the Georgia State Patrol.

An occupant of the vehicle, Casteloes said, jumped from the car at one point and was badly injured. Casteloes stated the person was life-flighted from the scene.

The driver of the vehicle eventually wrecked and was taken into custody, and the other occupant is still at large.

The names of the individuals involved have not been released, but Casteloes stated he hopes to be able to provide more detailed information later today.

The City of Douglas Police Department issued the following press release on the incident Thursday afternoon:

"On Sept. 30, 2014, officers from the Douglas Police Department and the Coffee County Sheriff’s Office responded to Domino’s Pizza, 803 N. Madison Ave. in Douglas, in reference to the armed robbery of a Domino’s delivery driver. Officers were advised that Domino’s received a call for a pizza delivery at 210 E. Leon St. The driver stated that when he arrived at the delivery address, he was confronted by three black males. One of the three individuals produced a silver or chrome handgun with a large barrel and demanded that he drop the items he was delivering and give them his money. He complied at which time he was told to leave. The driver left the location and returned to Domino’s to report the robbery.

On checking 210 E. Leon St., officers found the location to be a vacant house.

While responding to Domino’s, officers observed a black Chevrolet Tahoe leaving the area at a high rate of speed. Officers attempted to conduct a traffic stop on the Tahoe at which time the vehicle fled and officers became engaged in a pursuit. The pursuit ended when the Tahoe struck a street sign at the intersection of S. Gaskin Ave. and E. College Park Dr. The driver of the Tahoe fled on foot.

Thirty-three year-old Richard Morris Bennett, Jr. was found hiding underneath a vehicle near the Tahoe. Bennett was arrested on multiple outstanding warrants and is believed to have been the driver of the Tahoe. One individual was injured as a result of the pursuit. Thirty-six year-old Travinsky T. Bradshaw was observed laying near the roadway on W. Cherry St., which was a part of the pursuit route. Evidence located during the investigation indicates that Bradshaw was a passenger in the Tahoe who jumped from the vehicle while the pursuit was ongoing. He was transported by Air Evac to receive treatment for his injuries. A search of the vehicle was conducted. Evidence recovered during the search included a firearm matching the description of the firearm used in the robbery and suspected illegal narcotics. Other evidence was recovered and is being processed and evaluated at this time.

Anyone with any information that would assist in this case is asked to contact the Douglas Police Dept. at 912-384-2222 or the Tips Line at 912-260-3600. Information can also be shared on the department’s Facebook page and the Crime Tips E-Mail ,This email address is being protected from spambots. You need JavaScript enabled to view it..