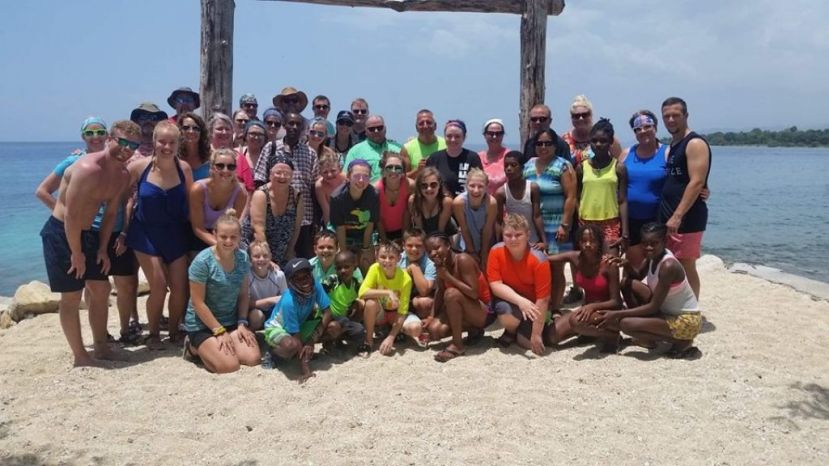 DouglasNow.com file photo The mission team from GracePointe Baptist Church, pictured above, found itself stranded in Haiti after violent protests paralyzed the island nation in July.

What was the biggest story of 2018 in Douglas and Coffee County? It wasn’t the domestic violence/threesome case that led to the shooting of a Douglas man after a senior police officer allowed an offender with a sawed off shotgun leave the premises with the illegal weapon (thought that story did provide readers with the most entertaining video of the year). It wasn’t the story of a probation officer accused of stealing fine money from probationers. Nor was it the story of a few Douglas city commissioners eating thousands of dollars worth at expensive restaurants in Savannah at the GMA conference in June. There were murders, court cases, shootings, and a host of other interesting stories this year.

But the one that generated the most attention, the one more people followed than any other, was the ordeal the GracePointe Baptist Church mission team faced in July in Haiti. A team of 36 members of GracePointe headed to the island nation in early July. After spending a week in Haiti, the missionaries were set to return on Sunday, July 8. However, a series of violent protests erupted in Haiti after the Haitian government raised fuel prices. Protestors shut down the airport in Port-au-Prince, which delayed the GracePointe team’s departure. As the protests spread, several people were killed.

The protests never reached the GracePointe team’s headquarters. But they were confined to their quarters and could not leave. After the initial delay, the team was supposed to leave on Wednesday, July 11. Their departure moved up a day after the team secured the services of a private security firm, which flew into Port-au-Prince and extracted the missionaries on Tuesday, July 10, bringing their harrowing ordeal to safe conclusion.

The second most popular story of the year started with a series of videos and ended with a press release from the Douglas Police Department a couple of days later. On Sunday, October 28, a shooting took place at Rockin’ Roll Bowlin’ in Douglas. A fight began in a private party room on the bowling alley’s premises and spilled into the parking lot, where unnamed (and un-arrested) individuals starting shooting. No one was injured and no arrests were ever made.

DouglasNow.com logged on to Facebook and broadcast four Facebook Live videos that night, including three from the scene of the shooting. Those videos and the subsequent story were second in terms of reach only to the GracePointe stories.

The story that sits in the third spot for 2018 wasn’t a story or a video. Instead, it was a simple Facebook DouglasNow.com made in the absence of a press release. On July 5, officers from the  Coffee County Sheriff’s Office and Georgia Bureau of Investigation responded to a home in the Oak Park community where an infant was found deceased. No arrests were made in the case and no agencies ever released a statement. However, the initial Facebook post made to the DouglasNow.com page reached the third largest audience of any other post of the year.