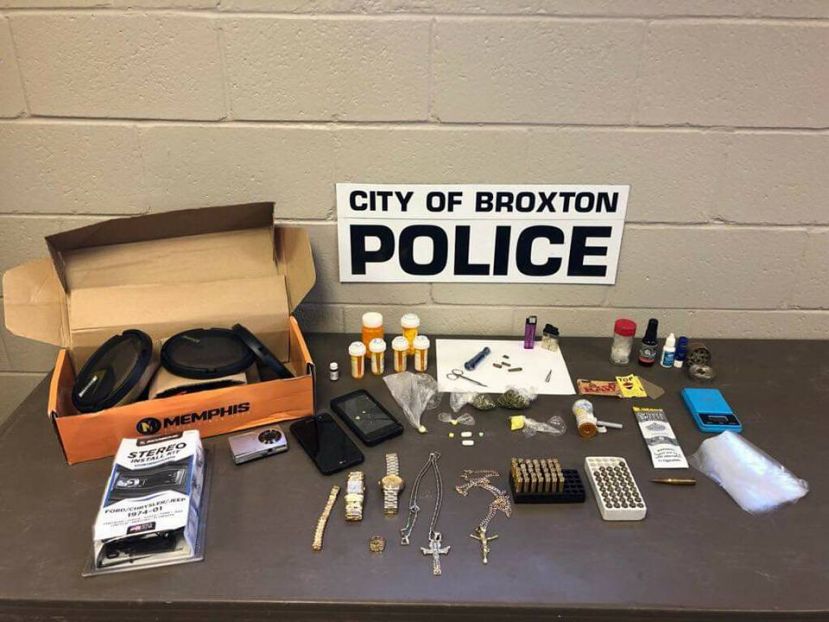 The Broxton Police Department arrested two individuals for possession of ecstasy last week. One of the subjects officers apprehended was out on bond from a previous arrest, also for ecstasy possession.

According to a release posted on the Broxton Police Department’s Facebook page on Jan. 18, Broxton police officers conducted a traffic stop on 22-year-old Jonathan Leavens of Douglas Wednesday, Jan. 16 and were able to locate a quantity of ecstasy (MDMA) and marijuana inside the vehicle. Leavens was arrested and charged with possession of ecstasy (MDMA) with intent to distribute, possession of marijuana, possession of drug related objects, obstruction of a law enforcement officer and several traffic offenses.

Broxton police chief Scott Harper stated that later that night, he and two of his officers teamed up with three Coffee County sheriff's deputies, including a canine unit, in order to conduct a search at the residence of 30-year-old Jerome Johnson Jr., located at 900 Railroad Street in Broxton. During the search, the officers located a large quantity of ecstasy (MDMA), multiple bags of marijuana, digital scales, packaging materials and other paraphernalia.

"I want to thank the deputies from the Coffee County Sheriff's Office that helped us with this operation. It was really great seeing our two agencies working together to sweep more of this poison from our streets and away from our youth. I am especially proud of our Broxton officers who continue to impress me with their passion to fight these drug dealers. That's exactly what this is -- a fight. We have to stay tenacious and proactive in our efforts each and every day to try and stay a step ahead. Thank you to all of the local citizens who continue to support us every day. Your support is very much appreciated!" stated Chief Harper.