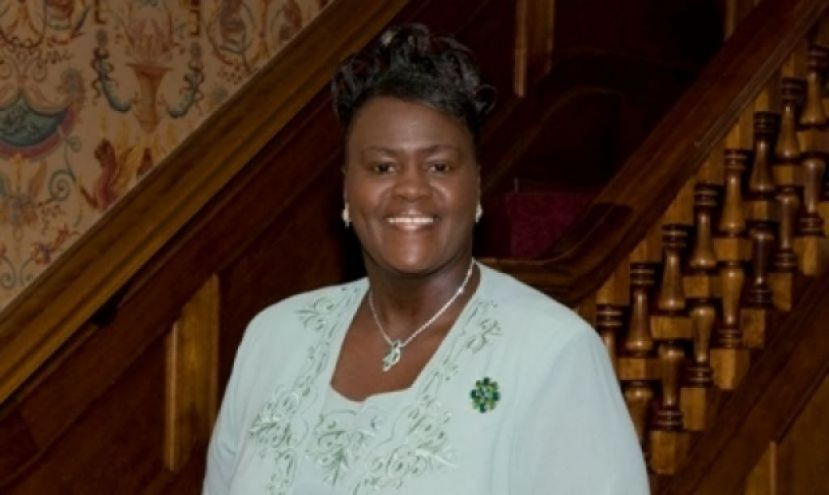 DouglasNow.com file photo City Commissioner Olivia Pearson suggested that all five police chief candidates go through another round of interviews with the Mayor and Commissioners. Commissioners Kentaiwon Durham and Ed Taylor, along with Mayor Tony Paulk, agreed.

Monday night’s city commission meeting has come and gone, and the city is no closer to having a police chief than it was several weeks ago. The city has interviewed five applicants for the job. At last night’s meeting, Commissioners were supposed to select the top two candidates from the first round of interviews and conduct a second round with them. Then the Mayor and Commission would select a permanent chief of police. Former deputy chief Brannen Pruette is currently the interim chief.

During the pre-meeting work session, the Commission discussed awarding a request for qualification (RFQ) to Statewide Engineering. Statewide was the only local company to submit an RFQ. The RFQ is an early step in the Commission's planned Community Development Block Grant (CDBG) application. The coming CDBG application will seek federal funds to improve storm water and drainage in the Hollywood Drive and Jackson Subdivision area, as well as paving five dirt roads in that area. Director Henderson noted that now was the time for the Mayor and Commissioners to make sure that they don't own any property in that area. This is in order to ensure that there is no conflict of interest wherein a member might profit from their vote. The award of RFQ to Statewide Engineering was placed on the consent agenda for the regular meeting.

Next the Mayor and Commission took up consideration of whether to hire L&L Utilities, Inc. of Dublin to undertake infrastructure improvements at Douglas Wastewater Treatment. ESG Operations, Inc. manages Douglas Wastewater Treatment and that organization received seven bids for the job. L&L Utilities was low bidder. L&L undercut the only local bidder, Douglas Electric & Plumbing Co., by more than $77,000. L&L's winning bid was $1,460,000. The award of the bid to L&L was placed on the consent agenda.

During the time allotted for general comments, Hudson told the Mayor and Commission about upcoming work that must be done by the city at PCC Airfoils, LLC. The work is necessary because of additions that PCC is making to their growing facility. Director Hudson told DouglasNow that PCC expects to increase power usage considerably and will probably overtake Southwire Company as the city's top consumer of kilowatt-hours.

The regular meeting of the City of Douglas Mayor and Commission was called to order at 7 PM. The consent agenda items were approved. During the time allotted for staff comments Project Officer Jerome Loving announced the upcoming exhibit to feature Douglas' own former U.S. Rep. John S. Gibson. Congressman Gibson was instrumental in passing the GI Bill in 1944. The John S. Gibson exhibit will be at the Satilla Regional Library from February 16 until March 12. The opening ceremony is to be held Saturday February 16 from 10:30 AM until 12:30 AM. Officer Loving said that any beneficiaries of the GI Bill present at that opening ceremony will be given the chance to tell those present what the GI Bill has meant to them.