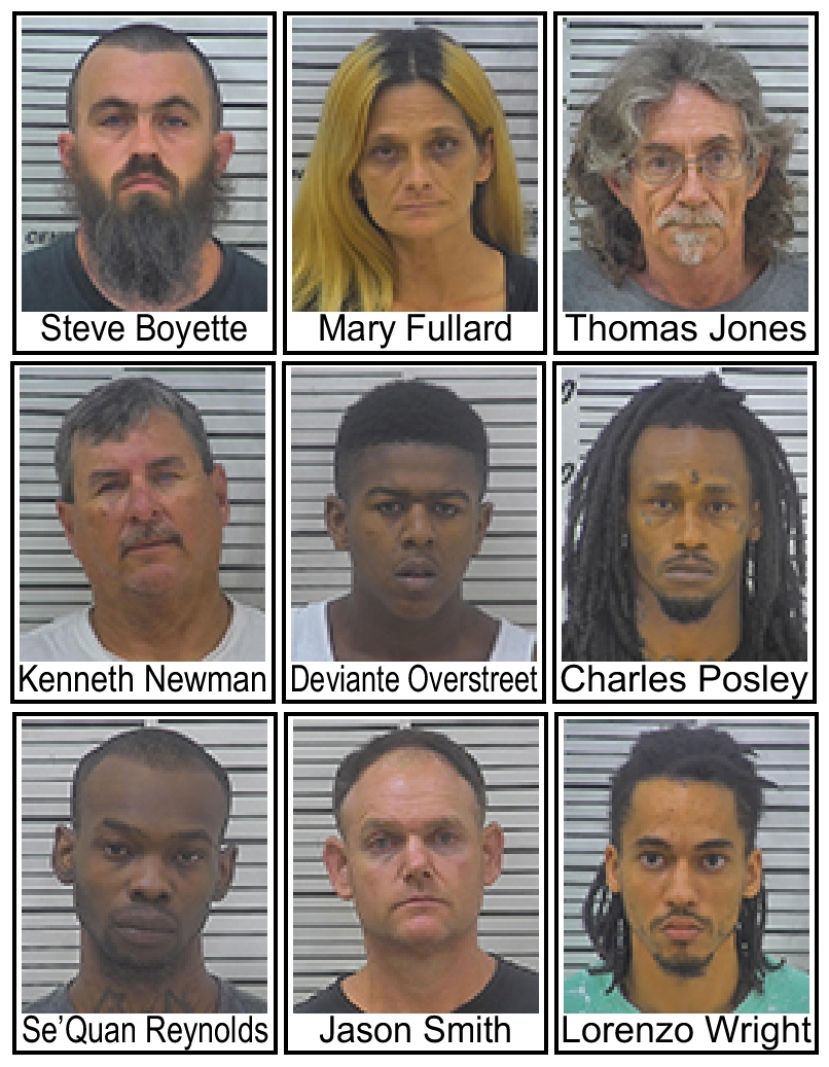 The Coffee County Drug Unit announces the following recent arrests for the month of February:

Feb. 17 - Officers with the Douglas Police Department responded to an address on Cecil Way after receiving a report of a possible battery. When they arrived, officers detected the scent of marijuana inside the home, and Coffee drug agents responded to the scene. Consent was given to search the residence, and officers discovered various amounts of ecstasy, marijuana, and cocaine.

Feb. 20 - The Nicholls Police Department conducted an investigation into suspicious activity at a residence on South Coffee Street.  As a result of the investigation, Steve Lee Boyette was arrested for possession of marijuana - less than one ounce.

A search was also conducted at the residence of Charles Posley by Nicholls police officers, assisted by a Coffee County K9 Unit. As a result, quantities of marijuana were discovered packaged for sale, and Charles Lamont Posley was arrested and charged with possession of marijuana with intent to distribute.  Posely is currently on bond for a similar charge.

Feb. 21 - At approximately 8:30 p.m., detectives with the Coffee County Drug Unit were assisting the Sothern Regional Traffic Enforcement Network (SRTEN) in Nicholls, Ga.  A vehicle arrived at the checkpoint and stopped in the roadway as officers waved it forward.  Officers continued to wave it forward, but the vehicle would not move.

Detectives approached the vehicle and observed a passenger attempting to conceal something between the seat and center console.  Other officers approached and additionally observed two occupants attempting to conceal suspected contraband.  Officers asked the occupants to exit the vehicle, and a passenger identified as Deviante Overstreet attempted to destroy contraband and was detained.  A search of Overstreet revealed a quantity of ecstasy in his sock, and he was arrested and charged with possession of ecstasy.  Overstreet is currently on probation for aggravated assault.

Another vehicle was temporarily detained at the SRTEN for the odor of marijuana, and Se'Quan Aquinas Reynolds was arrested for possession of marijuana - less than one ounce.

Feb. 22 - Around 2 p.m., drug agents and a K9 unit conducted an investigation on a subject that was traveling on Highway 32 West and failed to maintain its lane of travel.  The vehicle left the roadway nearly colliding with a mailbox and pulled into a residence.

During the investigation, Jason Nathaniel Smith was charged with possession of marijuana - less than one ounce.

Kenneth Donald Newman arrived on scene, involved himself in the investigation, and ignored officers' commands to step aside. Newman continued to ignore officers' commands and became extremely irate. Officers informed Newman he was under arrest for obstruction of law enforcement and, during his arrest, he attempted to free himself and briefly became aggressive before being restrained.

Following a search of Newman, officers located a prescription bottle that contained suspected methamphetamine. Newman faces charges of obstruction of a law enforcement officer and possession of methamphetamine.