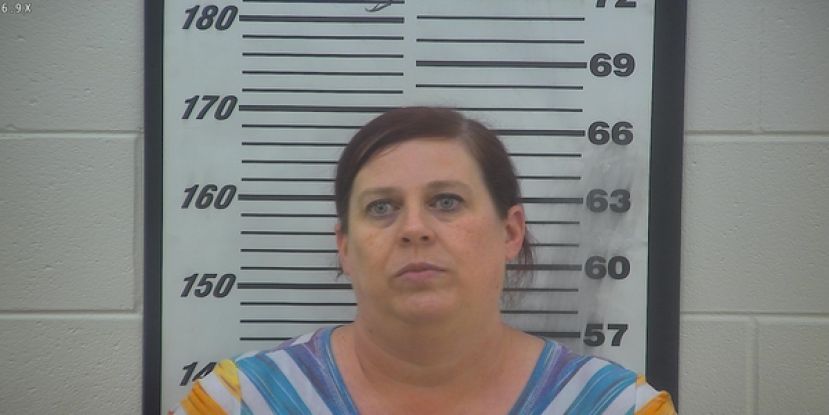 Officers from the Coffee County Drug Unit and Pearson Police Department arrested three people on drug charges this week, one of whom who was a nurse who worked at the Coffee County Jail for the jail's healthcare provider. The nurse, Cindy Womack, was stationed at the jail but was not an employee of the Coffee County Sheriff's Office.

A press release issued by the Coffee County Sheriff’s Department on Friday described the collaborative effort between the Pearson PD and the sheriff’s office. The release, however, did not mention that Womack was working in the jail at the time of her arrest. There is no indication, based on the information in the release, that any of Womack’s alleged illegal activities involved her work at the jail.

According to the release, on Wednesday, April 3, 2019 the Coffee County Drug Unit and Pearson Police Department conducted an investigation on individuals suspected of trafficking methamphetamine within their respective jurisdictions. The Pearson PD initiated a traffic stop on a vehicle traveling from Coffee County to Atkinson County into the city limits of Pearson. Jermaine Graham was driving the vehicle.

The vehicle failed to yield and led officers in a vehicle pursuit. Shortly afterwards, Graham abandoned the vehicle and continued to flee on foot. After a brief pursuit, Graham was apprehended and officers discovered qualities of methamphetamine and marijuana in the vehicle.

Officers from Pearson contacted the Coffee County Drug Unit and reported that the vehicle and other suspects were residents of Coffee County, and information obtained through the investigation led drug agents to a residence near River Run Road in Broxton.

As agents arrived at the residence, they discovered Womack and Christopher Swinson in a vehicle.  As officers spoke with the two, K-9 deputies and drug agents conducted a search of the residence and discovered more quantities of methamphetamine and marijuana in the vehicle.  Womack and Swinson were arrested, and each face charges of possession of methamphetamine and possession of marijuana.

The Pearson Police Department obtained warrants on Graham for possession of methamphetamine with intent to distribute, possession of a drug-related object, two counts of felony obstruction, fleeing and attempting to elude, escape, and several other traffic violations.

All subjects were booked into the Coffee County Jail.