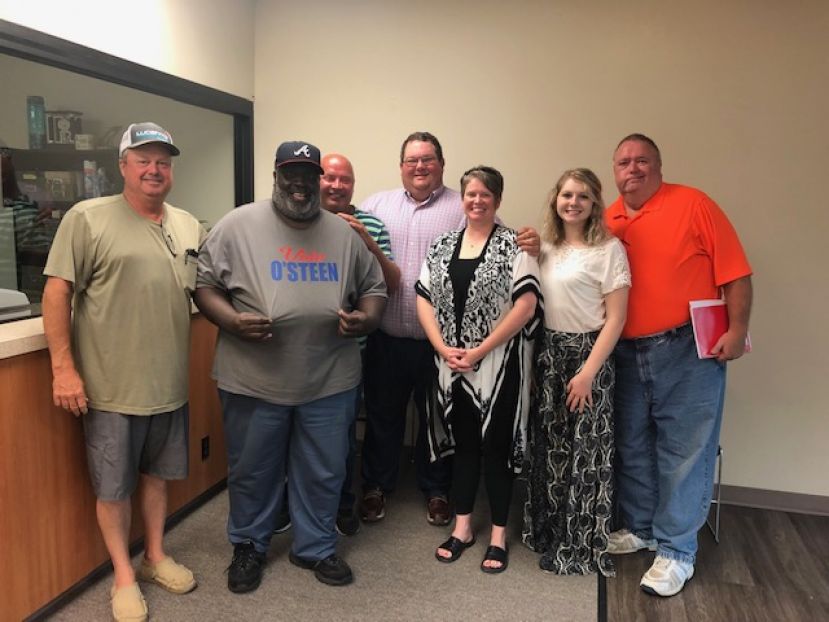 Submitted photo Ted O'Steen (back row at center) stands with supporters after learning he had won the District 5 county commission election Tuesday night.

Tuesday night, O’Steen defeated Howard Holt 429 votes to 342 in the special election to fill Charles “Scooter Bill” Deen’s unexpired term. Deen passed away on April 25 of this year after a lengthy battle with cancer.

O’Steen and Holt bested two other candidates in last month’s election then squared off once again in tonight’s run-off. The vote totals were fairly close across the board except in Broxton, where O’Steen won 143 to 67. That proved to be the precinct that put O’Steen over the top.