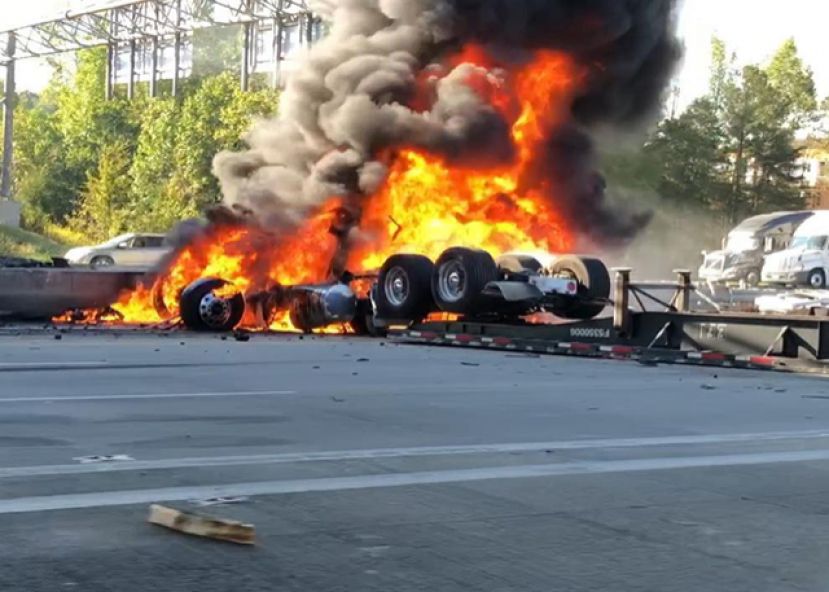 Information and photo provided by CDLLife.com with permission

Friday morning, a truck driver from Baxley with family in Coffee County lost his life in a fiery crash near Charlotte, N.C.

According to CDLLife.com, the truck, which was being driven by Kenneth Wayne “Kenny Wayne” Maddox of Baxley, struck an abandoned car on I-485 near the Northlake Center Parkway Bridge on the morning of Friday, Oct. 4, 2019. The truck overturned and caught fire. Within a short time, it was fully engulfed.

Initial reports were that a car ran the truck into a pillar of the bridge. The car then stopped and the driver jumped out and fled on foot into a wooded area. Law enforcement searched for the driver both on foot and using a helicopter but never located the driver. Later Friday afternoon, police learned that the vehicle had been abandoned after suffering mechanical problems. The car’s driver was on the way to a job interview when the breakdown happened.

Officers have contacted the car’s owner who said that the car broke down a little before the accident happened. The driver turned on the hazard lights and pulled over as far as the car would go. The question now is whether or not the car was completely out of the roadway or if it was partially obstructing the lane of travel. The CDLLife.com story quoted a WSOCTV story reporting that a witness stated that the car was not completely out of the roadway.

No charges have been filed at this time.