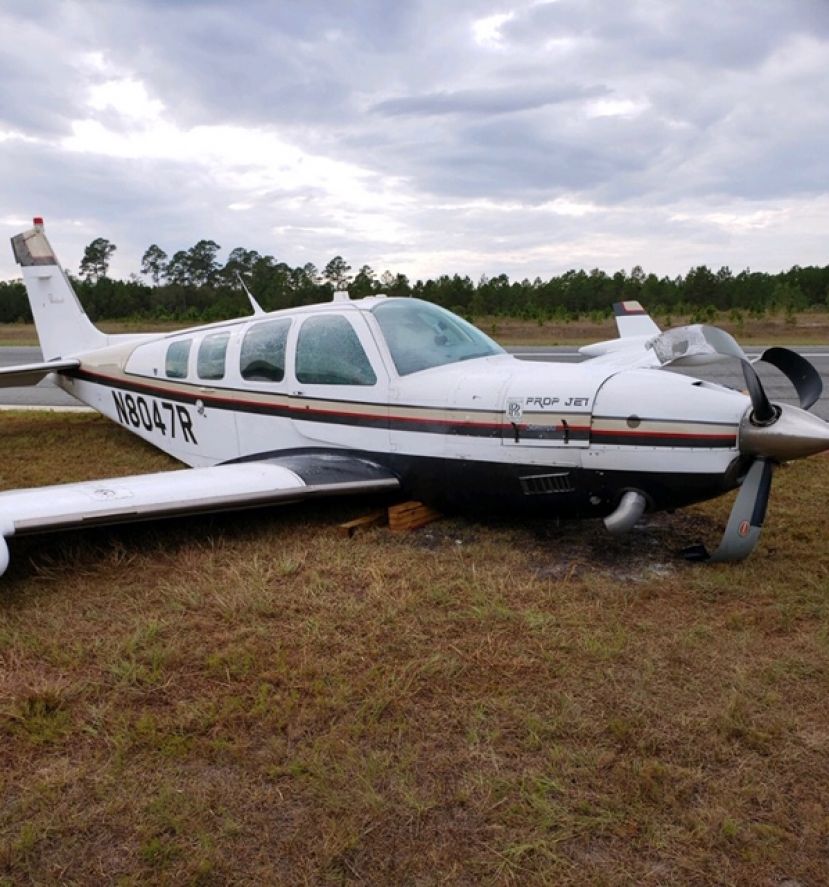 Monday afternoon, for the second time in less than a week, authorities responded to a local aviation accident – this time at the Douglas Gene Chambers Municipal Airport.

Both the Federal Aviation Administration and the Georgia State Patrol worked the accident. Firefighters from the Douglas Fire Department and other first responders also assisted. The reports detailing the accident are not available just yet. However, according to witnesses and authorities, the plane, piloted by Greg Harless, did landed at the airport without its landing gear engaged. The plane touched down on its belly and slid across the runway and on to a grassy area. There were no injuries but alcohol is believed to be a contributing factor in the accident. Harless was arrested at the scene and transported to the Coffee County Jail. His exact charges have not been released. The investigation is ongoing.

Late Friday morning, a crop duster piloted by Shelton Souther crashed near Willacoochee. The plane struck power lines and went down, leaving 231 Satilla REA customers without power. Souther suffered minor injuries and was taken to Savannah as a precaution. Crews for Satilla REA had power restored within a few hours.