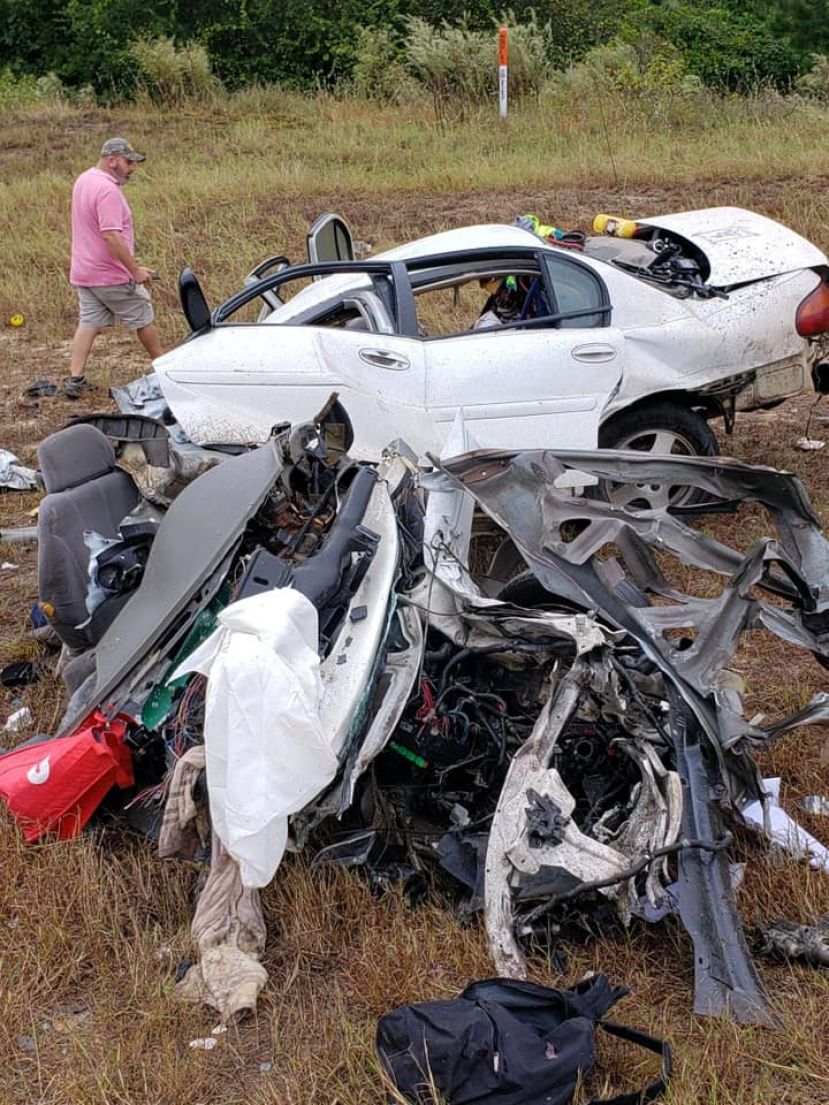 DouglasNow.com file photo The accident involving an 18-wheeler and this car was the biggest story of 2019.

It always amazes me what goes viral and what doesn’t. This year’s biggest stories showed a shift in not only our coverage but also in the manner in which our readers consume news. The two biggest stories of the year weren’t even stories at all – they were simply Facebook posts that were only a couple of sentences each.

We didn’t write a story about either incident – instead, we simply made a short post with a photo. The photo that accompanied the truck accident post struck a nerve with our followers. The accident involved an 18-wheeler and a car. The collision basically sliced the car in half. Thankfully, the three teens in the car suffered only minor injuries despite the twisted heap of metal that was once their car. The truck driver, who lived in Wayne County, was uninjured. The post reached over 160,000 people.

Little Miss Bryson’s drowning was another matter. Any accident involving a small child is bound to garner attention. The circumstances and timing of this incident made it even more tragic – at a family gathering on Easter weekend. The outpouring of sympathy from Coffee County was unprecedented and strangers throughout South Georgia grieved with her family. This post reached over 153,000 people.

The third most popular story of the year was a little more pleasant. On Jan. 25, we reported that Holt’s Bakery would re-open on Feb. 16 after being closed over a year due to a fire. Holt’s is an institution in Coffee County – after being without donuts, cookies, cream sticks, birthday cakes, and the various other pastries on the Holt’s menu for nearly 18 months, people responded quickly and furiously. And on the morning of Feb. 16, an entire lane of Highway 441 was closed down for blocks in both directions and the traffic caused at least one wreck. This story made its way to nearly 54,000 readers.

The top video of the year is easy – it was our live coverage of the city elections in November. That night, 16,464 people watched the votes come in – the most of any video we’ve ever done. A record-breaking number of viewers saw every city official return to office. Viewers also saw election officials clear the elections office meeting room after supporters for two candidates – Ward 3 commissioner Olivia Pearson and her write-in opponent Carla Grady nearly come to blows.