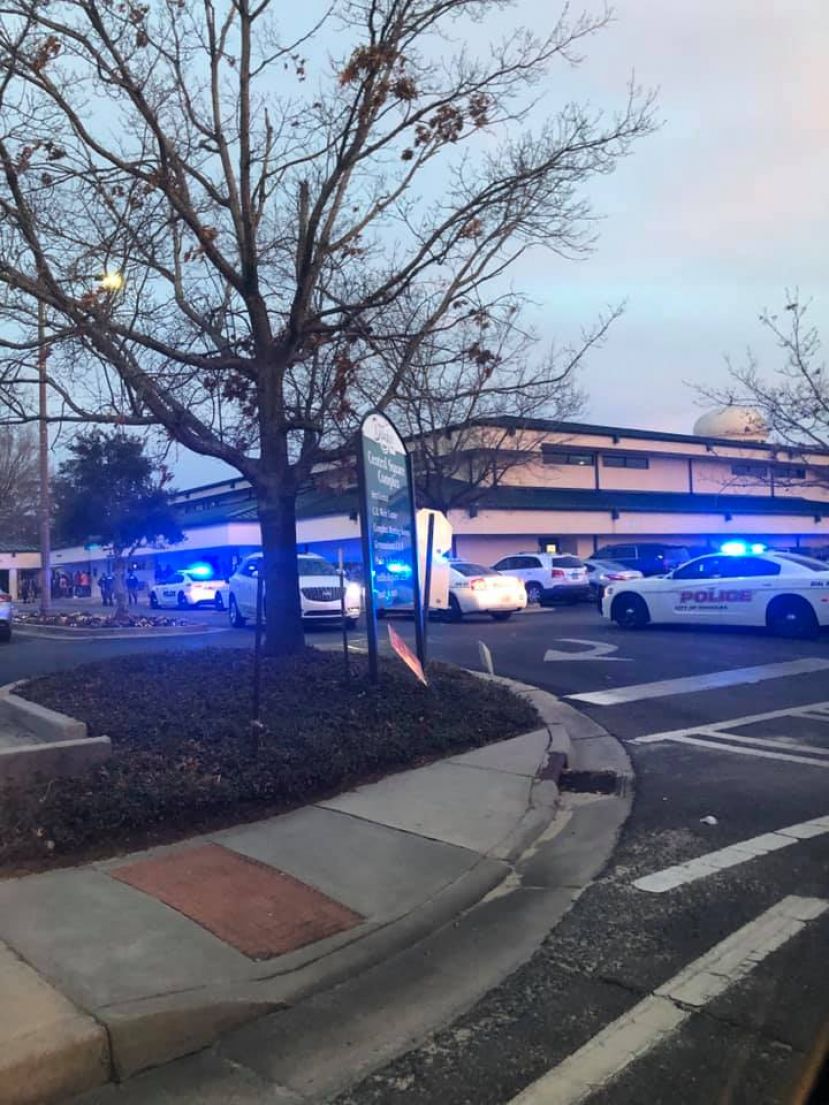 Sub Police swarmed Central Square Complex Tuesday afternoon when a fight broke out among parents during a nine-year-old basketball game.

Tuesday afternoon, two parents got into a fight at the end of a nine-year-old youth basketball game at Central Square Complex after their children tied up following a hard foul during the game.

As the game neared the end, one player fouled another player hard. The player who was fouled fell to the ground. According to witnesses, the player who committed the foul then began hitting the other player who was on the ground. The mother of the player who had been fouled, Brittany Berry, ran on the court to get her child. The mother of the other player, Ikedida Davis, also ran to the court. According to witnesses, Davis started hitting Brittany Berry. Jaquayla Berry, who is married to Brittany Berry (and who was also officiating the game), got into the fray and started fighting Davis. Other parents and spectators went on the court to get their children and break up the fight.

An off-duty police officer was in the gym watching another game. He rushed to the scene and called for more assistance. Douglas police officers and Coffee County deputies responded quickly. They secured the scene inside the gym. However, as people were leaving the gym, two people related to the parties that had been involved in the fight started yelling obscenities at each other. As a result, Timothy Stone and Juanita Green were both arrested and charged with disorderly conduct. They were booked at the Coffee County Jail and released on a copy of the charges.

Police officers made contact with the participants of the fight and referred them to magistrate court if they wanted to press charges against each other.