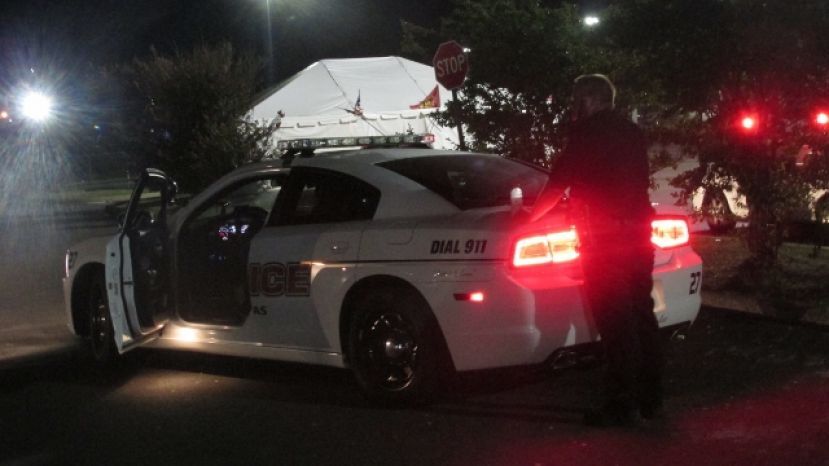 It was the shot heard ‘round the county. Well, not really. But because of our coverage, it was the shot that everyone learned about as quickly as possible and were able to follow throughout the day until the suspects were apprehended and removed from the streets. In the early morning hours of Thursday, July 10, 2014, a subject suspected of armed robbery shot Douglas police officer Larry Carter in the leg after Carter pulled over the subject’s vehicle. The incident took place near Wal-Mart; the driver of the vehicle was arrested at the scene while the shooter was able to escape for several hours. Later that day, police arrested the suspect.

This story is significant on several levels. First of all, to the best of my memory, it was the first time a police officer in Coffee County had been shot since Willie Mitchell shot and killed deputy Tub Merritt and Broxton police officer James Bryant on Jan. 3, 2000 in Broxton. Thankfully, Officer Carter’s gunshot wound was minor; he was released from a Savannah hospital hours after being transported. An individual who shoots at a police officer isn’t trying to slow him down; he (or she) is shooting to kill. And if a suspect will shot at a cop, he or she will shoot a citizen. The fact that there was a cop shooter on the loose in the county was unnerving to the entire community and people rightfully wanted to know what was going on.

This story also demonstrated the value of having a news outlet like DouglasNow.com in our community. We went live on June 23, just a couple of weeks before this incident happened. We had covered a few pretty big stories in the weeks before this one – there had been a couple of armed robberies, arsons, and the smattering of drug busts we’ve come to expect here – but nothing like this had taken place. Officer Carter was shot about 2 a.m. Thanks to the work of Jerry Hudson, who went to the scene when he learned of the shooting, citizens awoke having a published report of the incident. As we learned new information throughout the day, we were able to update the site regularly. Later that night, when police chief Gary Casteloes learned at a city commission meeting that a suspect had been arrested, 19-year-old Christopher Barnett, Hudson updated the site almost immediately.

In the past, citizens would have had to wait either several days until an official report had been released or receive information from unreliable online chatter. Because of the work Jerry Hudson did for DouglasNow.com, citizens had accurate, timely information in real time and were kept informed of developments throughout the day.

It was a big moment for us. It was a big moment for the community. And it showed everyone – including us – what was possible with DouglasNow.com. As we head into the new year, we have even bigger plans for our site. We have only begun to scratch the surface of what is possible with DouglasNow.com. We thank you for your continued support and we look forward to bigger and better things in 2015.